[William Cooper]: Listen to this, dear listeners. Hold on to your chairs, because the incredible admission that is coming to you right out of the pages of this book is going to knock you flat. Reading again from the book:

“And thus it would appear that the Unseen Hierarchies which shaped the foundation of the great Republic which must some day rule the world, are the same Hierarchies which gave us the Soul Science Philosophy as taught by the Illuminati.

“And now let us look into the future, not far, but just beyond the line. We find that scholars condemn the design of the reverse side of the United States Seal, that it has never been cut but has remained hidden as though it were something to be ashamed of.

“However, though this appears the truth, it is not the truth. The reason why it has never been cut is because the time is not yet as the cap-stone has not yet been set.

“And what is this cap-stone? My reader, prepare for a shock.

“When Atlantis ruled the word, that which is now America was connected with Egypt by what is now Mexico, and in Mexico, in the territory of Yucatan, there is a Pyramid in which the Fire Philosophers worshiped God as Divine Fire and Life in like manner as did the Initiates of Egypt, for the two were then one. 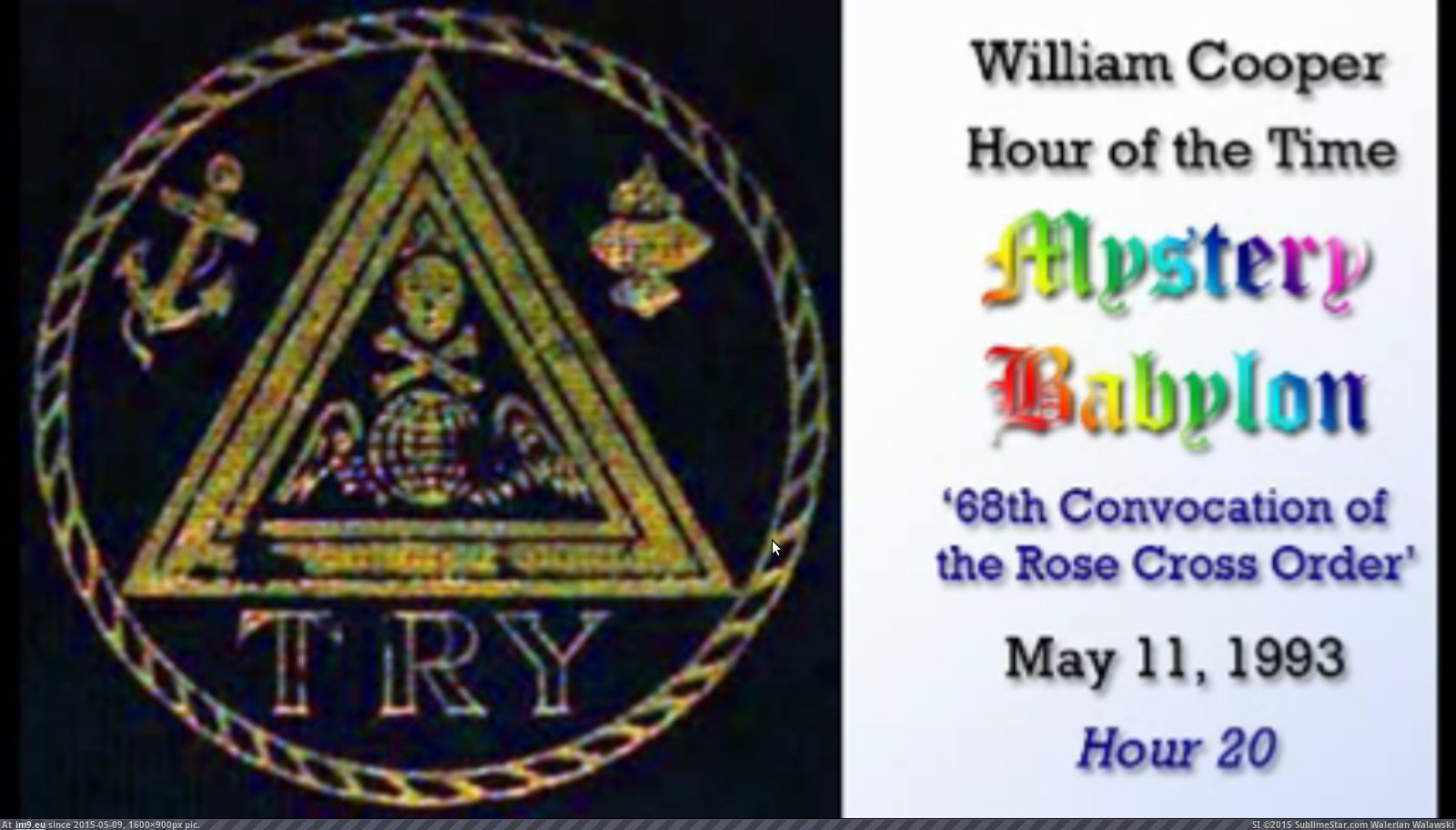 “Thus you will see that the Soul Science Primer with its drawings, is but the beginning of the article concerning the Seal of the United States, while the article on ‘Body, Mind, Spirit and Soul’ is the finale thereof.

“May it not be long until the Holy Pyramid shall be completed and may it be completed without the shedding of blood.

[William Cooper]: And, now, you know the final truth, ladies and gentlemen. Now you know the purpose of the free trade agreements. Now you know the purpose of GATT and NAFTA. Now you know where we’re headed. Now you know the middle class in this country is doomed. Now you know that the New World Order is being brought about by the intelligence community and the secret societies, whose headquarters are in the United States of America, just thirteen blocks from the White House. Now you know, in the incredible admissions, in their own writing, in this book, published by the Ancient Order of the Rose and Cross. Now you know that the Illuminati is real; that Freemasonry is a part of the Illuminati; that the Rose and Cross is a part of the Illuminati; that they are also called the Order, the Brotherhood; that they also consist of the Knights Templars; they also consist of the Knights of Malta and all of the other secret societies whose organizational structure is in the shape of the pyramid, with a few at the top who really know what the Great Work and the Great Plan is. And a whole bunch of slathering idiots thirsting after the secrets on the bottom, who will never, ever, know anything.