NASA has confirmed it is monitoring the approach of a large celestial object, that a top scientist warned is “coming in DAMN CLOSE.” 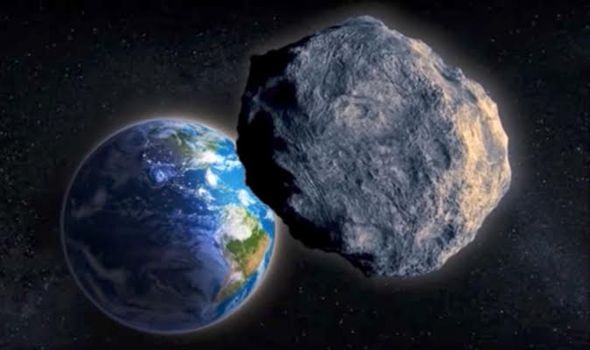 An asteroid called 2012 TC4 is due to make a staggeringly close pass of Earth on October 12.

Nasa earth defence specialists are keenly monitoring the close approach of the asteroid, with fears it could pass as near as just 4,200 miles away.

It was feared the asteroid could strike satellites orbiting Earth, but scientists now believe it will be 5,000 miles out from our planet.

“As close as it is right now, I think this prediction is pretty safe, meaning that it will miss.”