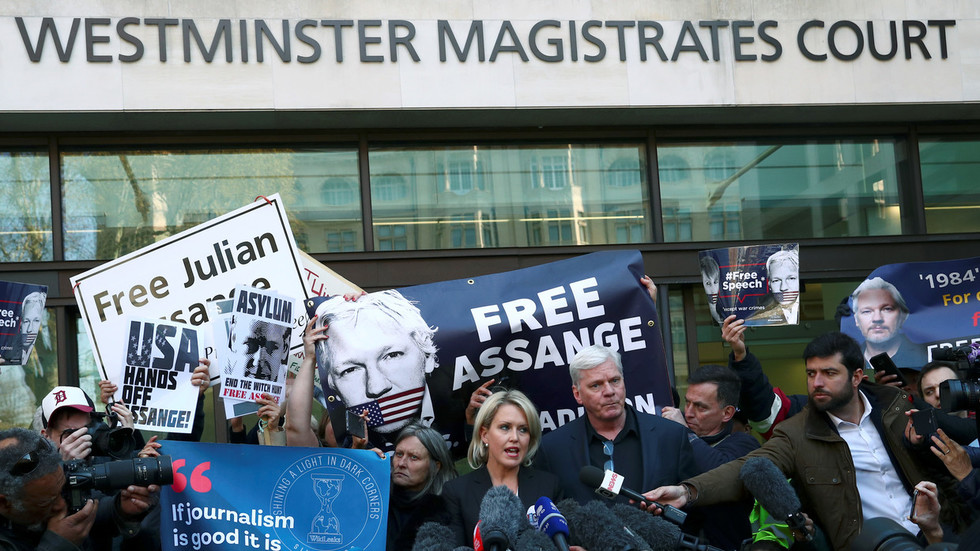 ‘Ashamed to be an Englishman’: Roger Waters slams UK as accomplice of US Empire in Assange saga

Assange is a thorn in the side of the US elites which explains the effort they made to capture him, ex-Pink Floyd frontman Roger Waters told RT, adding that it’s appalling the UK has become an accomplice “of the American Empire.”

To think that the UK has become such a willing accomplice and satellite of the American Empire that it would do such a thing in contravention with all laws, moral, ethical, and actual legal restrictions is absolutely, stunningly appalling and makes me ashamed to be an Englishman.

Assange’s arrest was made possible after Ecuador last week withdrew his political asylum, which was granted seven years ago, and stripped the renowned whistleblower of his Ecuadorian citizenship. UK authorities will soon decide whether to deport Assange to Sweden, where he faces possible rape charges, or to the US, where he is wanted for conspiring with former army intelligence analyst Chelsea Manning to break into a classified government computer.

READ MORE: If we lose WikiLeaks, we lose a whole stratum of freedom — Pilger

The second scenario would be worse, Waters believes. Citizens “barely have rights anymore” after the Patriot Act was adopted, and “everything is at the whim of the commander-in-chief.”

If we let the UK get away with allowing him to be extradited to the United States, we allow the United States government, at their whim, to torture him and to detain him possibly for the rest of his life.

Assange, along with Chelsea Manning, Edward Snowden, and other whistleblowers, “are the heroes who help us gain some of the knowledge that the [powerful] would keep secret if they could,” the Pink Floyd legend added.

According to Waters, Washington and London simply want to hush up “the matters of torture, or incarceration of innocent people,” but Assange proved to be a thorn in their side.

“And also, what they’re doing – Trump and the rest of them, and Theresa May – is to try to frighten would-be Julian Assanges who may provide this incredibly important service for the rest of us in society in the future.”