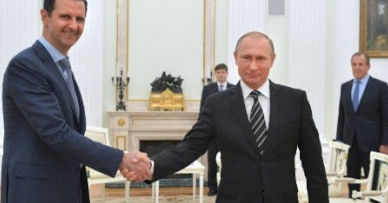 Syria’s President Bashar al-Assad has visited Moscow on his first overseas trip since the civil war broke out in his country in 2011.

During the surprise visit, he held talks with President Vladimir Putin.

For his part, Mr Putin said Moscow’s hope, in providing a “positive dynamic in the fighting”, was that a “long term resolution can be achieved on the basis of a political process with the participation of all political forces, ethnic and religious groups”

The visit happened on Tuesday evening, but was not announced until Wednesday – after Mr Assad had returned to Damascus …. http://www.bbc.com