Protests reached #Jalama checkpoint near Jenin and Israeli military is clashing with protesters there.

Israeli military are scattered all across the Old City of Hebron, even on rooftops. Many injuries and three arrests. #ShuhadaST 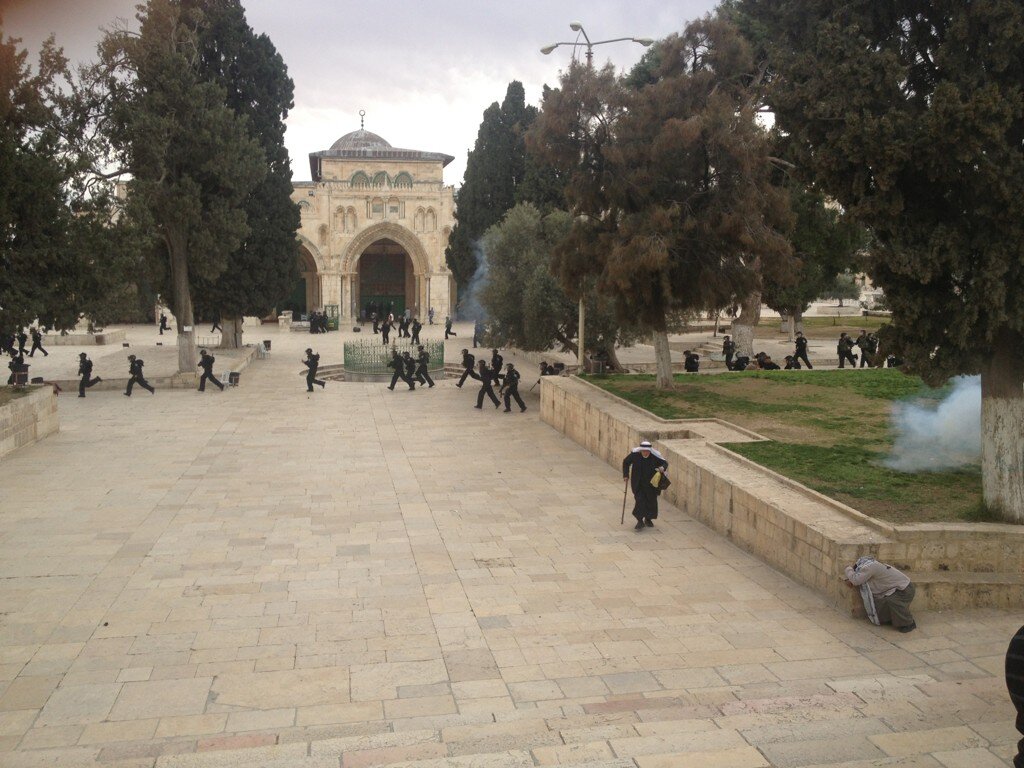