Authored by Raymong Ibrahim via The Gatestone Institute,

Countless churches throughout Western Europe are being vandalized, defecated on, and torched. 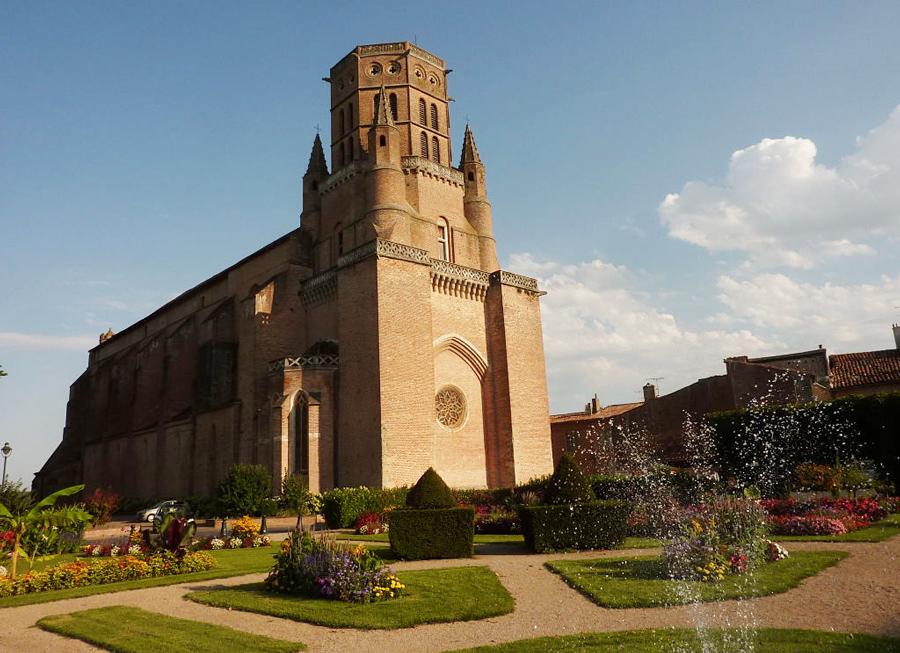 “Hardly anyone writes and speaks about the increasing attacks on Christian symbols. There is an eloquent silence in both France and Germany about the scandal of the desecrations and the origin of the perpetrators..”

In February, vandals desecrated and smashed crosses and statues at Saint-Alain Cathedral in Lavaur, France, and mangled the arms of a statue of a crucified Christ in a mocking manner. In addition, an altar cloth was burned. (Image source: Eutrope/Wikimedia Commons)

In France, two churches are desecrated every day on average. According to PI-News, a German news site, 1,063 attacks on Christian churches or symbols (crucifixes, icons, statues) were registered in France in 2018. This represents a 17% increase compared to the previous year (2017), when 878 attacks were registered— meaning that such attacks are only going from bad to worse.

10 Catholic churches across France attacked in one week https://t.co/oPpdvBzKYD

Among some of the recent desecrations in France, the following took place in just February and March:

Similar reports are coming out of Germany. Four separate churches were vandalized and/or torched in March alone. “In this country,” PI-News explained, “there is a creeping war against everything that symbolizes Christianity: attacks on mountain-summit crosses, on sacred statues by the wayside, on churches… and recently also on cemeteries.”

Who is primarily behind these ongoing and increasing attacks on churches in Europe? The same German report offers a hint:

Another German report from November 11, 2017 noted that in the Alps and Bavaria alone, around 200 churches were attacked and many crosses broken:

“Police are currently dealing with church desecrations again and again. The perpetrators are often youthful rioters with a migration background.” Elsewhere they are described as “young Islamists.”

Sometimes, sadly, in European regions with large Muslim populations, there seems to be a concomitant rise in attacks on churches and Christian symbols. Before Christmas 2016, in the North Rhine-Westphalia region of Germany, where more than a million Muslims reside, some 50 public Christian statues (including those of Jesus) were beheaded and crucifixes broken.

In 2016, following the arrival in Germany of another million mostly Muslim migrants, a local newspaper reported that in the town of Dülmen, “‘not a day goes by’ without attacks on religious statues in the town of less than 50,000 people, and the immediate surrounding area.”

In France it also seems that where the number of Muslim migrants increases, so do attacks on churches. A January 2017 study revealed that, “Islamist extremist attacks on Christians” in France rose by 38 percent, going from 273 attacks in 2015 to 376 in 2016; the majority occurred during Christmas season and “many of the attacks took place in churches and other places of worship.”

As a typical example, in 2014, a Muslim man committed “major acts of vandalism” inside a historic Catholic church in Thonon-les-Bains. According to a report (with pictures) he “overturned and broke two altars, the candelabras and lecterns, destroyed statues, tore down a tabernacle, twisted a massive bronze cross, smashed in a sacristy door and even broke some stained-glass windows.” He also “trampled on” the Eucharist.

In virtually every instance of church attacks, authorities and media obfuscate the identity of the vandals. In those rare instances when the Muslim (or “migrant”) identity of the destroyers is leaked, the perpetrators are then presented as suffering from mental health issues. As the recent PI-News report says:

“Hardly anyone writes and speaks about the increasing attacks on Christian symbols. There is an eloquent silence in both France and Germany about the scandal of the desecrations and the origin of the perpetrators…. Not a word, not even the slightest hint that could in anyway lead to the suspicion of migrants… It is not the perpetrators who are in danger of being ostracized, but those who dare to associate the desecration of Christian symbols with immigrant imports. They are accused of hatred, hate speech and racism.”