An exclusive DailyMail.com photograph shows, Saudi sources say, princes and ministers arrested in an anti-corruption crackdown and being held at a five star hotel.

EXCLUSIVE -Saudi princes’ five star prison: Humiliation of Saudi royals as they are photographed sleeping on bare mattresses in luxury hotel after corruption arrests as Trump says they ‘have been milking their country for years!’

Asleep on the floor of their ‘luxury’ five star prison 11 Saudi princes, government ministers and businessmen await their fate following their arrest in the biggest anti-corruption purge of the kingdom’s modern history.

In a photo obtained exclusively by DailyMail.com the men are seen gathered together at the Ritz Carlton Hotel in Riyadh, the Saudi capital, inside one of its glittering function rooms – wrapped in blankets and sleeping on thin mattresses.

Saudi sources say that among those photographed in the room are billionaire investor Prince Al-Waleed bin Talal, who is a nephew of the king, worth an estimated $18 billion and owns stakes in Twitter, Lyft and Citigroup.

The photograph was revealed as President Trump went all-in supporting the man who ordered the mass arrests, Crown prince Mohammed bin Salman, the ferociously ambitious 32-year-old heir to the throne.

In two tweets sent as he prepared to leave Japan for South Korea on a lengthy Asian tour, he said: ‘I have great confidence in King Salman and the Crown Prince of Saudi Arabia, they know exactly what they are doing….

‘….Some of those they are harshly treating have been “milking” their country for years!’

The intervention places the U.S. squarely behind the crown prince and may be partly personally motivated: Prince Al-Waleed was a vocal personal critic of Trump in the run-up to his election.

The photograph of princes on bare mattresses show the depth of their fall. Although DailyMail.com has no way of verifying the claims from inside the closed kingdom, claims that the arrested men were being held at the Ritz Carlton have circulated widely.

Those arrested have been locked in the five star hotel as the sweeping anti-corruption probe ordered by Saudi King Salman’s son, Prince Mohammed  bin Salman, continues. 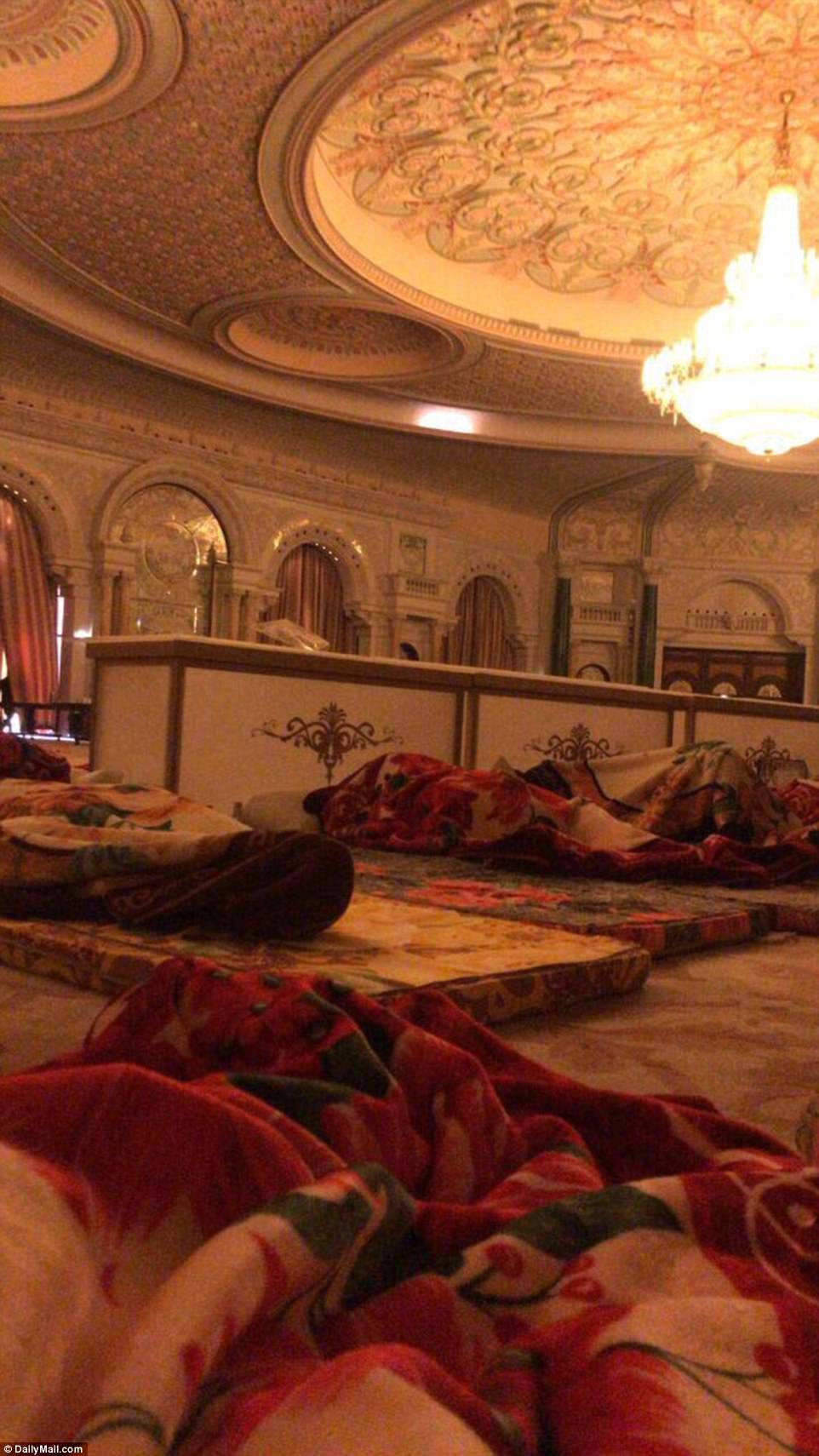