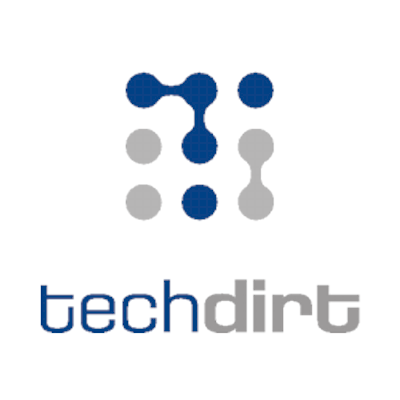 In April 2021, the Tenth Circuit Court of Appeals forced itself through uncomfortable legal contortions to award qualified immunity to Denver, Colorado police officers who detained a man, seized his recording device, and made an apparent attempt to delete his recording.

According to the Appeals Court, this was legal and not a violation of rights. The judges pointed to a local law that forbade lying to cops, albeit a law that didn’t actually address what had happened here. The plaintiff, Levi Frasier, told the cops he wasn’t recording them. That was a lie, but it was not illegal. The cited law only forbids lying to law enforcement by making certain statements: specifically, false fire/emergency alarms, falsely reporting crimes, and falsely identifying yourself.

The Denver PD officers didn’t truly believe the man had violated this law. They just wanted to stop him from recording. And they definitely knew what they were doing was, at the very least, a potential violation of his rights because they had received specific training from their own department advising them that citizens had a “presumptive right” to record officers.

None of this ended up mattering at the Appeals Court. The Tenth Circuit judges gave the cops qualified immunity, calling their inability to follow their own training or correctly read a local law “reasonable.” Something is only clearly established if the court says it is, said the court that refused to clearly establish this right.

It is therefore “irrelevant” whether each officer defendant actually believed—or even in some sense knew—that his conduct violated a statutory or constitutional right—more specifically, the First Amendment.

Fortunately, we’re getting a do-over. Not for this specific case, which ended when the Supreme Court decided this case wasn’t worth reviewing.

But a new case has come forward in the same circuit. This one has the backing of the US Department of Justice, which filed its own brief urging the court to fully recognize a First Amendment right to record police officers. And this time, the Tenth Circuit is on top of it.

The facts behind this case aren’t nearly as egregious as the earlier case — the one in which officers specifically trained to respect the right to record stopped someone from recording, seized their device, and attempted to access (if not actually destroy) the recording. But it still was far from innocuous. This (like the earlier case) was pure intimidation by the officer on the scene. From the decision [PDF]:

Early in the morning on May 26, 2019, Abade Irizarry, a YouTube journalist and blogger, was filming a DUI traffic stop in Lakewood, Colorado. Officer Ahmed Yehia arrived on the scene and stood in front of Mr. Irizarry, obstructing his filming of the stop. When Mr. Irizarry and a fellow journalist objected, Officer Yehia shined a flashlight into Mr. Irizarry’s camera and then drove his police cruiser at the two journalists.

Here’s what happened in more detail, just in case the summary leaves too much to the imagination:

Officer Yehia drove to the scene “in full regalia in a Marked cruiser, with every single light . . . turned on.” He exited his vehicle and “intentionally positioned himself directly in front of [Mr. Irizarry] . . . to make sure he intentionally obstructed the camera view of the D.U.I. Roadside sobriety test.” Mr. Irizarry and another journalist, Eric Brandt, “voiced their disapproval of the intentional obstruction” and “began to loudly criticize” Officer Yehia. Officer Yehia shined an “extremely bright flashlight” in Mr. Irizarry’s and Mr. Brandt’s cameras, “saturating the camera sensors.”

Officer Yehia’s actions were too much for even the other cops on the scene.

When you’ve lost the Thin Blue Line, you’ve pretty much lost everyone. And, in this case, Officer Yehia has lost the support of the Tenth Circuit Court of Appeals, which — like every appeals court in the nation — is limited (by the Supreme Court) to examining only certain aspects of alleged rights violations when determining the applicability of qualified immunity.

Officer Yehia can’t even reach that extremely low bar. Even better, the Tenth Circuit goes on record with this published opinion to establish a First Amendment right to record police officers.

Analyzing the three elements of a retaliation claim stated in Worrell under the facts alleged in the complaint, we conclude as follows:

First, as to constitutionally protected activity, the Tenth Circuit has not recognized a First Amendment right to film the police performing their duties in public. We recognize that the right exists and was clearly established when the incident occurred. Because Mr. Irizarry has alleged facts showing he was exercising his First Amendment right to film the police, he has met the first element of his retaliation claim under clearly established law.

The court says recording police officers meets all the applicable First Amendment standards. It increases government accountability by allowing citizens to become “watchdogs of government activity.” It is undeniably a form of news gathering. And it is “unambiguously” the creation of speech, not just passive conduct.

Was this unconstitutional retaliation against protected speech? Hell, yes it was, says the court. This much is obvious from the reactions of other officers at the scene.

The footnote attached to this paragraph drives the point home.

Officer Yehia “was ultimately instructed to dep[a]rt the scene due to his disruptive and uncontrolled behavior,” which further supports the inference that his presence at the traffic stop served no legitimate law enforcement purpose.

Officer Yehia cited the Tenth Circuit’s unfortunate decision in Frasier in support of his inability to discern what is or isn’t protected speech. Wrong, says the Tenth Circuit. That decision applied to actions taken in August 2014, well ahead of precedential decisions in other circuits, as well as the Tenth Circuit’s own precedent established with the Western Watershed case (one dealing with Wyoming’s “ag gag” law).

The Tenth Circuit says this is an obviously clear case of retaliation against someone exercising established First Amendment rights. Officer Yehia can continue to be sued for the rights violations he engaged in. And there will be no further question about whether or not the right to record exists in the Tenth Circuit.