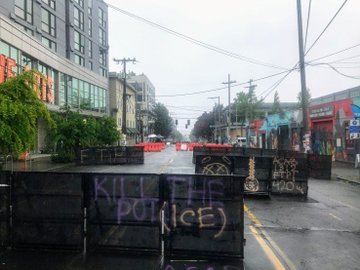 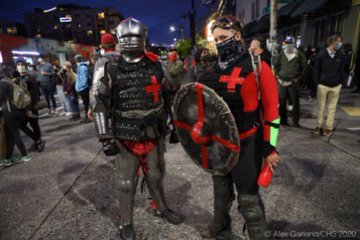 Militant terrorist group ANTIFA are declaring their succession from the Republic of The United States of America.

Believing they have seceded from the United States, six city blocks in Seattle’s Capitol Hill neighbood have been taken over in what can be described as an occupation..

Milotants are claiming what they call the “Capitol Hill Autonomous Zone” as a sovereign state, claiming and issuing warnings that anyone who reaches the area’s border wall are leaving the United States.

Capitol Hill Autonomous Zone in Seattle. 6 blocks retaken back for the people. “You are now leaving the USA” when you enter. Long live the fucking revolution. ✊? pic.twitter.com/xgFVjA33mx

The leftists have proven themselves more than partial to the use of border walls on the strict provision that they’re allowed complete political control. ANTIFA militants have been seen staffing the autonomous zone’s borders, some of them armed.

Activists build their own barricades to protect themselves pic.twitter.com/ilGct7ZVQ6

Seattle Police had abandoned a nearby police precinct station to a combined force of looters and rioters over the weekend, giving the ANTIFA militants a green light to secede from the United States and set up their so-called autonomous zone.

The political criminals proceeded to occupy the building, restyling the Seattle Police precinct as a “people” department. The Seattle east police precinct has been entirely boarded up. Traffic in & out of the zone is controlled by the anarchists & communists. Militants are calling this their commune. Police are ordered away. https://t.co/yWTqGrSwIz pic.twitter.com/rBwocYh0Dl