A charter school in Chula Visita, California funded with taxpayer dollars is under fire today after a local artist was allowed to create a mural on one of its walls depicting the murder of President Donald Trump.

The mural, with call backs to Mayan and Aztec cultures, features the bloody, decapitated head of President Trump impaled on the spear of an Aztec warrior. A local television station came out to cover the story, and found that even parents and students who didn’t support President Trump felt the mural was disrespectful and out-of-place at a school. The school, MAAC Charter School in Chula Vista, has since covered the mural with a tarp while it decides what to do.

Because the mural depicts the murder of the sitting President, many are asking why the artist isn’t being investigated for making a threat against the President. Considering the mural’s pubic display, it could also lead to charges of enticing violence. However, local authorities and the FBI have yet to comment that they are investigating the artist.

The artist, Sasha Andrade, actually thanked the local television station that reported on the mural, saying it gave her lots of publicity.

KUSI News learned about the mural after a viewer sent a picture, offended by the depiction. It depicts an Aztec warrior, spearing President Donald Trump’s decapitated, bloody head.

Many residents in the area considered it graphic and inappropriate, considering it was on the wall of a school.

KUSI started looking into the mural Tuesday but received no comment from the school. By Wednesday, the school sent a statement and had already covered up the mural.

MAAC Charter, chartered by Sweetwater Union High School District, touts itself as a community school that offers students a unique curriculum in which students learn traditional subjects in relation to real-world issues. Director Tommy Ramirez explained this mural was a part of Battlegroundz, an annual event which highlights the urban art form of street murals to raise money to provide scholarships for seniors. 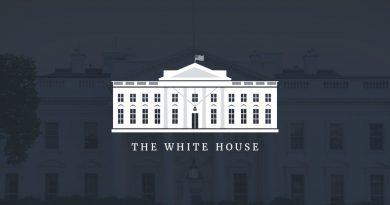 John Podesta faked the Russian hacking interference story and now his Bro Tony will be indicted!