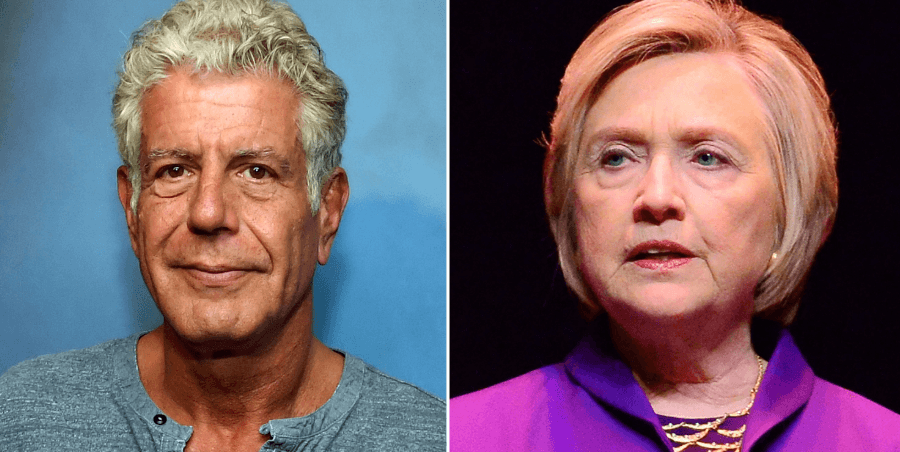 What in the world was Anthony Bourdain referring to when he said — just weeks ago — he had been harassed by Hillary Clinton’s goons “And it ain’t fun?” Bourdain reportedly took his own life on Friday. He was 61. ..and I am in no way an HRC fan. I’ve been on the receiving end […]

..and I am in no way an HRC fan. I’ve been on the receiving end of her operatives’ wrath. And it ain’t fun,

know what Hillary Clinton is NOT? She's not stupid. Or unsophisticated about the world. The Weinstein stories had been out there for years