Skip to content
@Breaking_NewsCA #alternativenews #FreePress ALTERNATIVE NEWS ASIA CHINA EMERGENCY WORLD NEWS
November 18, 2015November 18, 2015 Q
An explosion has been reported at a chemical factory in Fushun, Liaoning province, in northeast China. The cause of the blast is under investigation, CCTV reported.

The explosion caused a fire at the site, the factory’s website said, as cited by TASS news agency.

Firefighters quickly arrived at the scene and the situation is reportedly under control.

No casualties have been reported 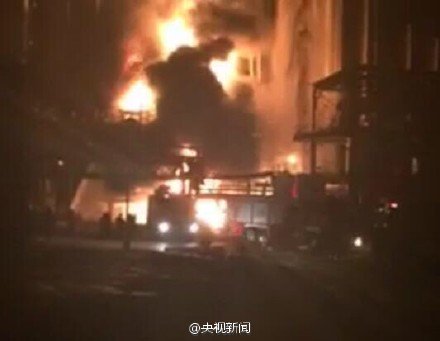 CCTVNEWS @cctvnews
#BREAKING Blast reported at chemical factory in NE China’s Liaoning; cause of blast is being investigated pic.twitter.com/xZRNMshrT1