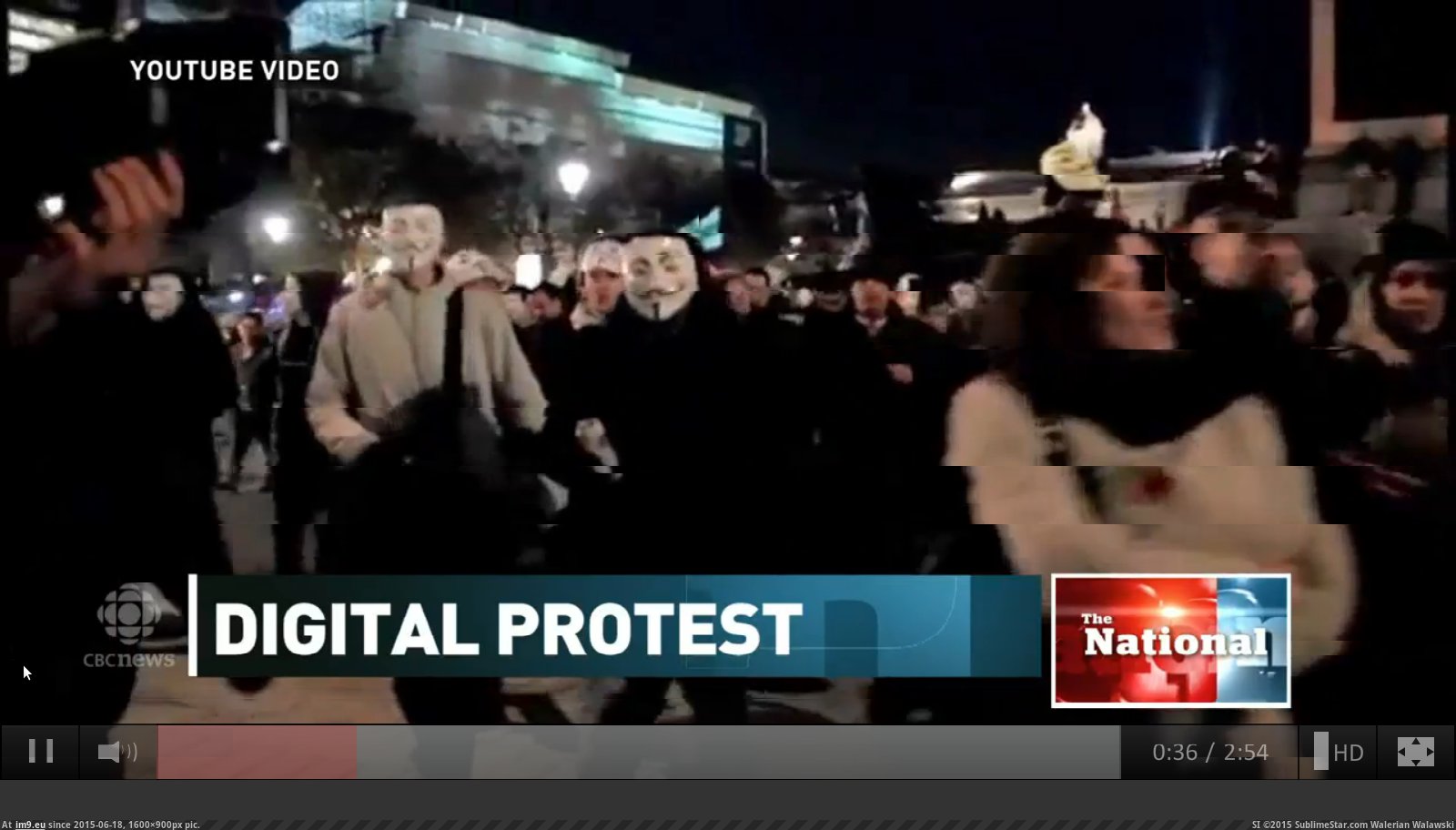 “Today, Anons around the world took a stand for your rights,” the group wrote Wednesday afternoon in an online post

“Do we trade our privacy for security? Do we bow down and obey what has become totalitarian rule? Don’t fool [yourselves]. The Harper regime does not listen to the people, it acts only in [its] best interests.” 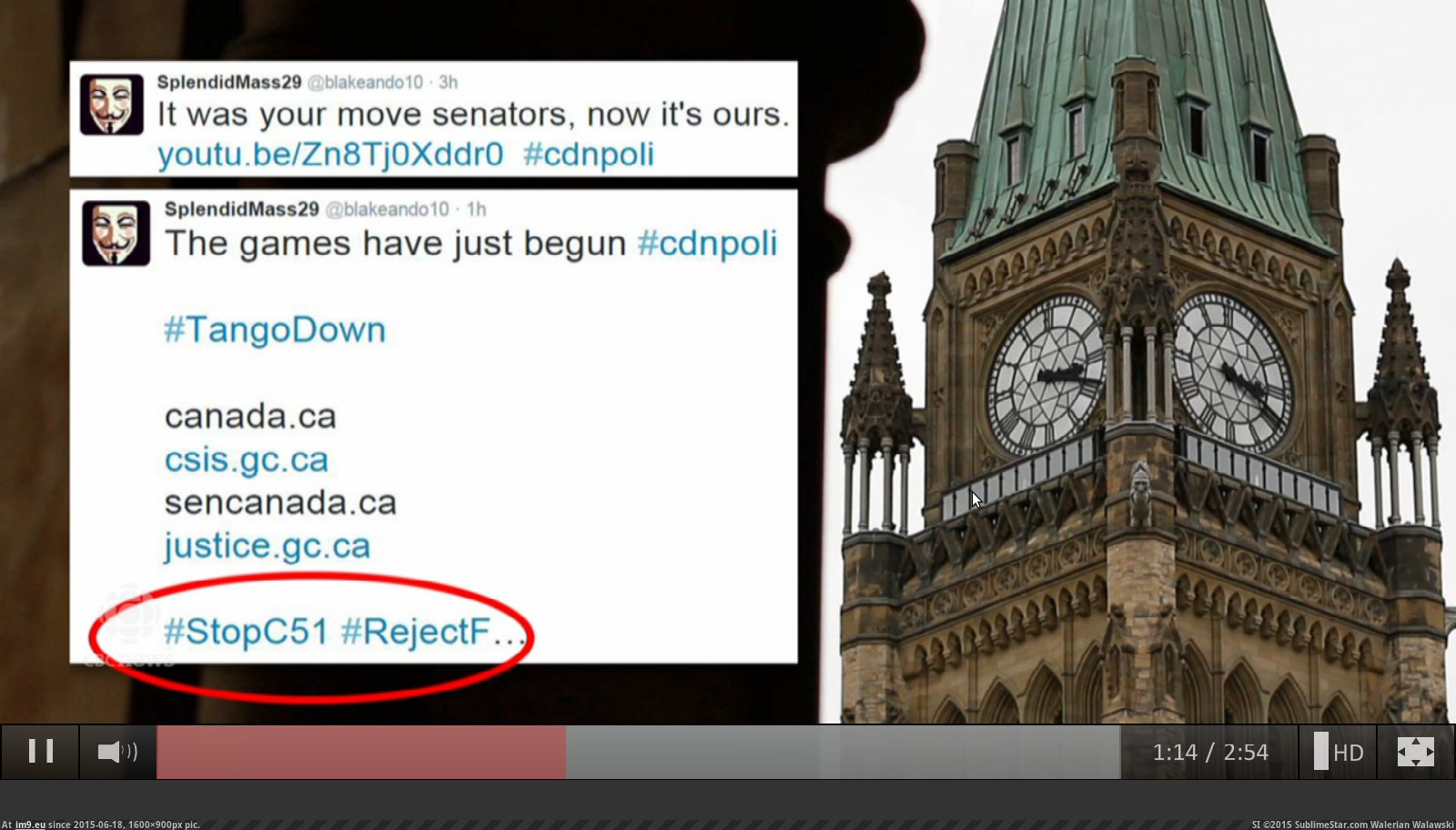 Attackers have to face ‘full force of the law’

“The cyberattack and cyber security is an issue that we take very seriously,” Blaney said following question period in the House of Commons. 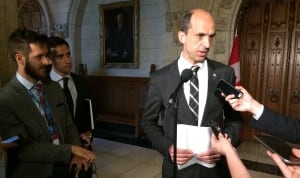 “We are increasing our resources and polices to be better equipped to face cyberattacks, whether they are coming from hackers from a group, potentially, that has said they did it today, [or] state-sponsored or terrorist entities.”

“Let’s be clear. We are living in a democracy and there are many ways you can express your views in the country,” Blaney said, addressing Anonymous’s claim of responsibility.

“There are no excuses to justify an attack to public property and those that have committed those attacks will be prosecuted and will have to face the full force of the law.” 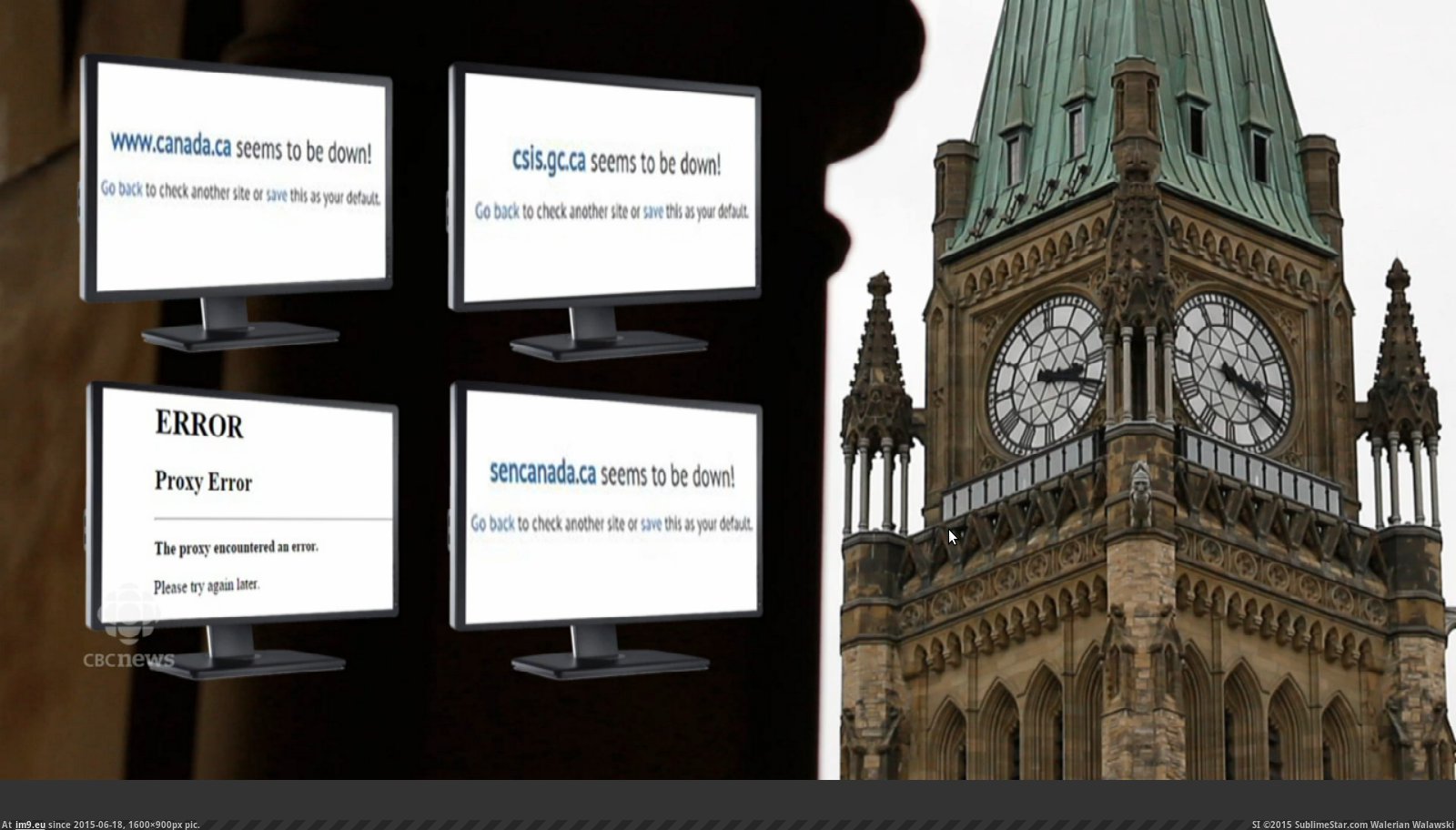