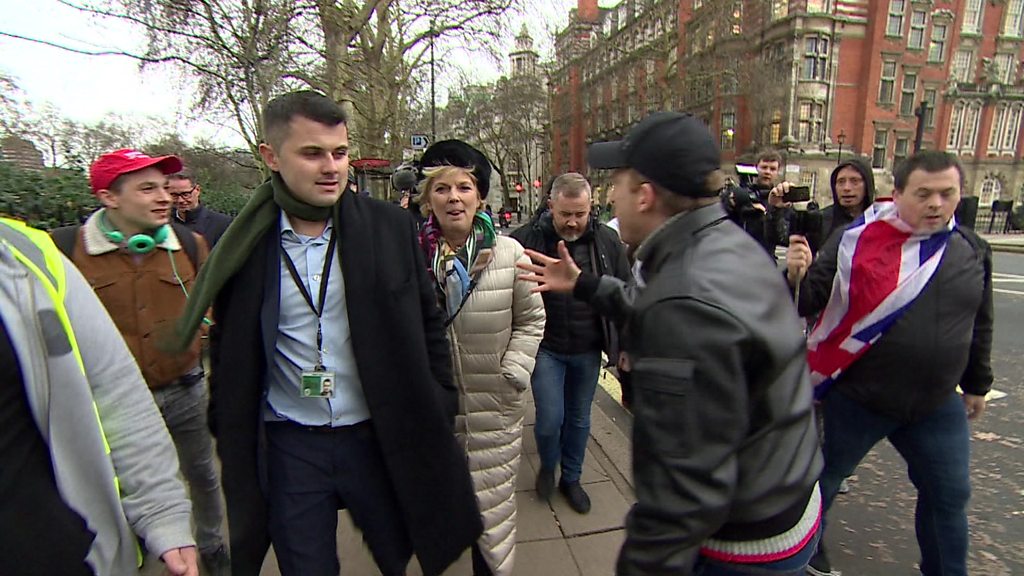 Conservative MP Anna Soubry… was shouted at – including being called a liar and a Nazi – during live TV interviews on BBC News and Sky.

Ms Soubry later criticised police for not intervening and called for the protesters to be prosecuted under public order laws.