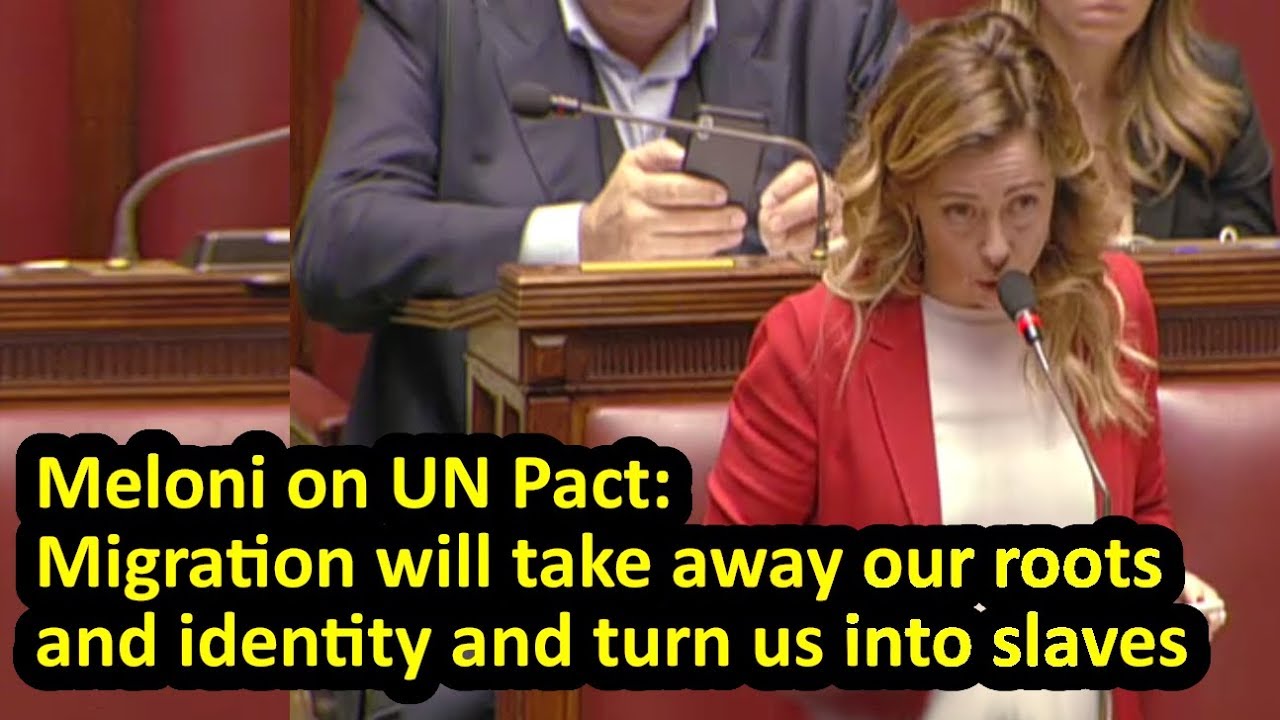 Some backgroud to this speech: last week Oliviero Toscani, a photographer famous for his work with Benetton in the 80s and 90s, called Meloni “ugly” and “retarded”, that’s where that comes from. Meloni’s speech took place last Saturday (8th December) during a debate which was ostensibly about the budget, not the UN Global Compact. But Fratelli d’Italia (Meloni’s party) introduced a motion calling on the government not to spend any money on any action related to the Global Compact. This is what Meloni is referring to when she says Lega (Salvini’s party) should back up their words at rallies (“we are against the Compact”), and vote against the Compact in parliament – she is asking them to back her motion. The motion was rejected by the chamber. Lega’s Riccardo Molinari responded to Meloni by saying that Lega had made it clear that they were against the Compact as a party, but that a special parliamentary session would be held later (as Salvini has already said) and that this would be the time to discuss the Compact, not now during a discussion on the budget. At Fratelli d’Italia’s request, the chamber of deputies will discuss the Global Compact next week (Tuesday and Wednesday). It’s unclear whether this will serve as the discussion proposed by the government, or whether a separate session will also be held for that later. Ivan Scalfarotto is a member of the PD (centre-left). Laura Boldrini is the most famous / infamous pro-migrant activist in Italy. She is part of the smaller LeU group (to the left of the PD). The 37 euros comment referes to the amount spent by the Italian government on each migrant per day. Fratelli d’Italia are one of the four centre-right parties, along with Lega (Salvini’s party), Forza Italia (Berlusconi’s party) and Noi con l’Italia (a smaller party than the others). Those four parties are generally on good terms with each other and had hoped to form a government together after the last election but did not win enough seats, so Lega formed a government with Five Star instead.