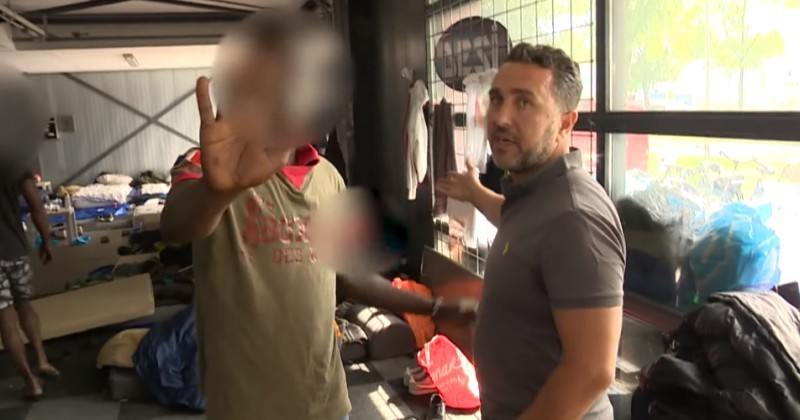 A businessman in Amsterdam returned from vacation to find his property occupied by 40 refused asylum seekers who told him to leave.

According to a report by AT5, entrepreneur Salih Ozcan was “expelled from (his) own premises” by the migrant squatters after returning from holiday.

After recovering his property from a “bad tenant” who used it as a weed factory in January, Ozcan had refurbished the site and planned to use it for his car company.

He was shocked to discover it had been occupied by 40 failed asylum seekers who had completely trashed the place.

Referring to the piles of trash at the entrance, Ozcan said the scene was too “crazy for words,” adding, “Only rats and mice come here.”

A video shows angry African migrants confronting both Ozcan and the camera crew from the TV station. The migrants threatened to call the police if they didn’t leave immediately.

“Do I have to leave my own building?” asked an exasperated Ozcan.

Ozcan decided to leave his own building before the police got involved.

“It’s a very bad feeling. I have no words for it at all,” he said. “I can understand those people somewhat, but they don’t understand me at all. Unbelievable. That this is possible in such a country.”

Police refused to comment specifically on the case and said they wouldn’t be treating the matter as urgent.

The footage is somewhat similar to video which came to light in 2016 showing an 80-year-old hotel owner in Italy being forced by police to house numerous African migrants as he desperately tries to resist government confiscation of his property.

The owner refused to house migrants after being told he would be paid just 7 euros per night for each asylum seeker, but his property was subsequently confiscated by the then left-wing government.