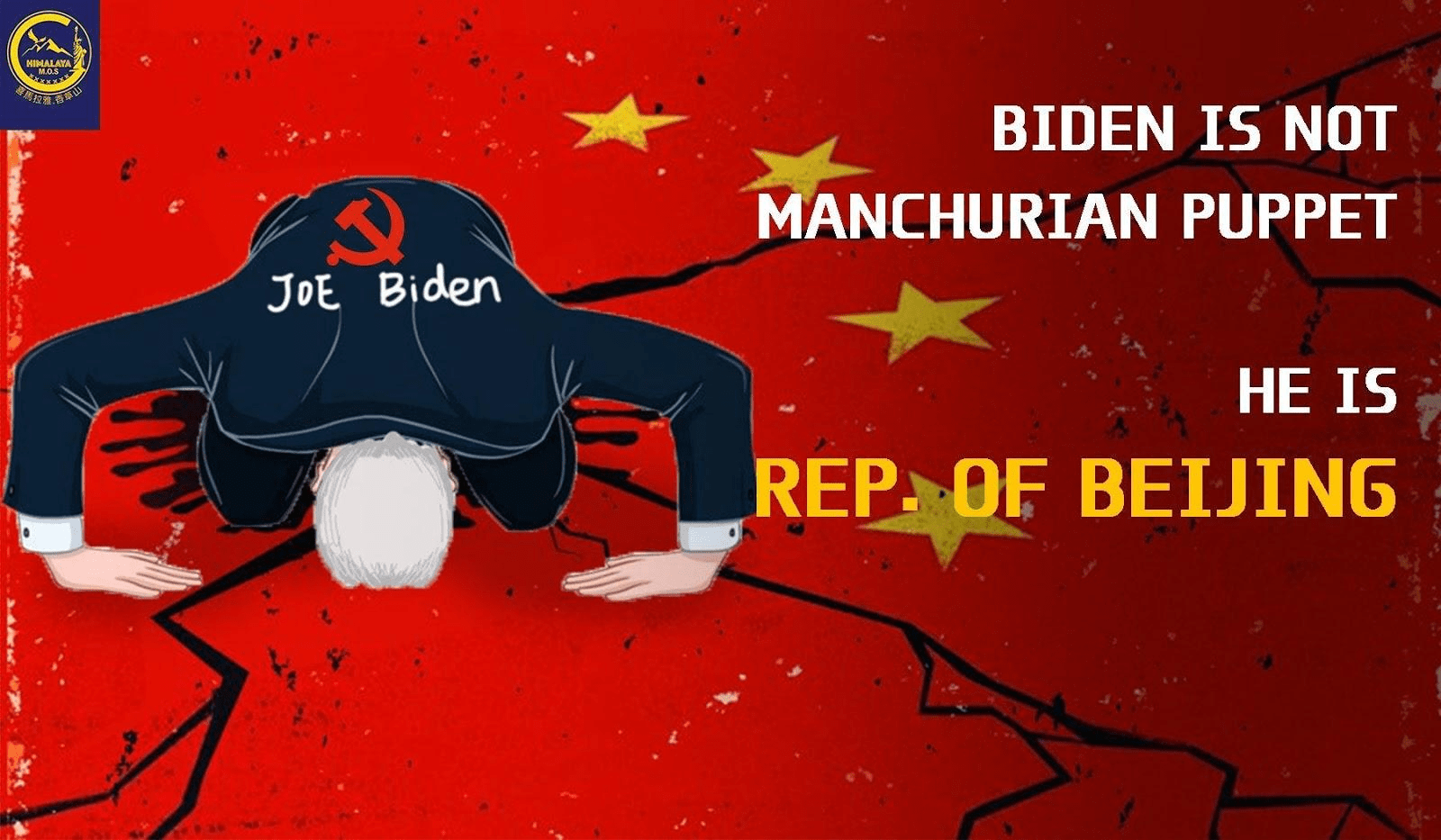 America, We Have Been Trying to Tell You This for a While: The CCP Has Infiltrated Our Country

The most explosive news of the past few days was the 3 hard drives delivered to the United States Department of Justice by a top family or families of the Chinese Communist Party, according to Lu De, a faithful follower of Miles Guo’s Whistleblower Movement and host of one of the most-watched webcasts in Mandarin of the last three years.

Since the evening show on September 24th, for 5 days in a row, Lu De’s webcasts have focused almost exclusively on the content of the 3 hard drives that were secretly provided to the Department of Justice fairly recently.

Hunter Biden is in big trouble, much bigger than his Russian and Ukrainian scandals would cause. One of the hard drives contains information on Hunter Biden’s trip to China. It is known to the public that Hunter Biden flew to China on Air Force 2 with his father, Joe Biden. Joe Biden insisted that he was not aware of his son’s connection with the CCP companies. What Hunter did in China, the “dirty things”, were recorded on video by the order of the CCP Public Security Bureau. On the “business” side, it is believed that Hunter got to know Li Xiangsheng, the former CEO of Bohai Industrial Investment Fund Management Co., Ltd., an affiliated company owned by the Vice Chairman of China, Wang Qishan. Afterward, Hunter arranged for his father to meet with Li Xiangsheng.

The contract that Hunter Biden signed with Xi and Wang, No. 1 and No. 2 of the CCP regime, secured 4.5 billion dollars of interest and benefits to him. Hunter did not disclose this contract to the U.S. government. Whether or not he disclosed it to his father, you can be the judge. The real question is: did Joe Biden disclose the existence of such a contract to the U.S. government? He absolutely did not. In Lu De’s webcast, Hunter received a million dollars prior to the signing, and 10 million at the time the contract was signed. The money was laundered through a prominent U.S. lawyer.

The details of the sex recordings will likely never be released to the public. The CCP routinely and secretly records sex acts between foreigners and women who are provided by the CCP. This is one of the most effective ways to blackmail foreigners, often politicians, and to get them to agree to do whatever the CCP wants them to do.

BGY, an acronym for blue, gold, and yellow, refers to techniques utilized by the CCP to steal advanced technology from the West; to bribe foreigners; and to blackmail intellectuals, business people, and politicians with recordings of their sex acts. The ultimate goal is to make the American democratic system collapse, thus bringing Western civilization to its knees.

According to Lu De who holds webcasts twice a day in Mandarin, one of the hard drives contains videos over several thousand hours, secretly recorded targeting prominent U.S. business people, politicians, and their family members while they were in China. It is alleged that whatever was recorded on Hunter, i.e. how he sexually abused those Chinese women and young girls, was extremely unbearable to watch.

The U.S. Senate Committee on Homeland Security and Government Affairs and the U.S. Senate Committee on Finance Majority Staff Report have issued a joint 87-page report on the investigation of Hunter Biden and Burisma, in their involvement with foreign governments. Apparently, the 3 hard drives have been used as evidence by the two Senate committees. The underlying question is whether or not Biden has been either blackmailed or become a CCP representative. The eligibility of Biden for the presidency is at stake. To put it mildly, Hunter Biden’s Chinese scandals, added to the Russian, Ukrainian, and Kazakh scandals, are beginning to bring a twist to Joe Biden’s presidential campaign.

Ye Jianming, as stated in the report, is “the founder of CEFC China Energy Co. Ltd (CEFC) and chairman of the board for its subsidiary, the China Energy Fund Committee (CE Fund)”. Lu De clarified that Ye Jianming’s company is directly connected with the PLA (People’s Liberation Army) and that he is a CCP spy.

Why would the CCP try to ruin Joe Biden’s chance to win the election? Everyone knows that the CCP supports Joe Biden and has tried every effort to ruin President Trump’s chance for a second term. The CCP financially supported BLM and Antifa, shipping guns to the protesters, as well as providing ID cards from mainland China to cities like Chicago.

The short answer to the above question is, according to Lu De, CCP Chairman Xi Jinping had his trusted connection send Hunter Biden’s materials and information containing overseas assets of three top CCP families to House Speaker Nancy Pelosi at an earlier time. The purposes are two-fold: to inform the House Speaker that the Democrat had no choice but to cooperate with the CCP, and to offer assets of families other than Xi and Wang, the No.1 and No. 2 of the CCP regime, as compensations to settle the damages that the CCP Coronavirus has caused to the Americans.

Lu De explained that, once these families gained knowledge that Xi Jinping had made them the scapegoats, one of them, or perhaps all of them, decided to send copies of other materials to Nancy Pelosi and the Justice Department. Thus, the story of the 3 hard drives came to be.

Courtesy of the VOG Design Team

These 3 hard drives are the result of perhaps a decade of recordings and files that the CCP had made and kept. They are proof of how deeply and systematically the CCP has infiltrated the United States of America.

Hard Drive No. 1 contains files and videos showing who has been BGY’ed by the CCP. According to Lu De, former New York Mayor Michael Bloomberg is also on the drive.

Hard Drive No. 2 contains the genetic maps of the families of Xi Jinping and Wang Qishan, including their mistresses and children born out of wedlock who are now living overseas. The CCP developed such genetic mapping profiles of all the high-ranking central government officials and named it the “Architectural Arts” project. These genetic maps were made in order to connect the financial dots on who can gain access to what assets overseas since these mistresses and illegitimate children are not on official documents. In other words, these genetic maps act like keys to secret bank accounts somewhere hidden in the world. The amount of money and wealth involved is astronomical.

Hard Drive No. 3 contains the CCP’s bioweapon programs and evidence. It contains both video files, including Xi Jinping’s internal speeches, and documents with overwhelming information on the biological weapon programs on gene editing, biological weapon defense and offense, and vaccine development. These programs are all part of the so-named “Military-Civilian Integration Project”. It also contains information on the so-called “Eight Strategic Warfare” including that of the media, information, hacking, Internet, religion, and bioweapon. The updates of the developments of the Eight Warfare were also recorded on the hard drive.

Source: America, We Have Been Trying to Tell You This for a While: The CCP Has Infiltrated Our Country – Gnews