Argentine scientists discovered mutations of the Covid-19 coronavirus found in five samples taken in the city and province of Buenos Aires with variants similar to those recorded in South Africa and Rio de Janeiro. 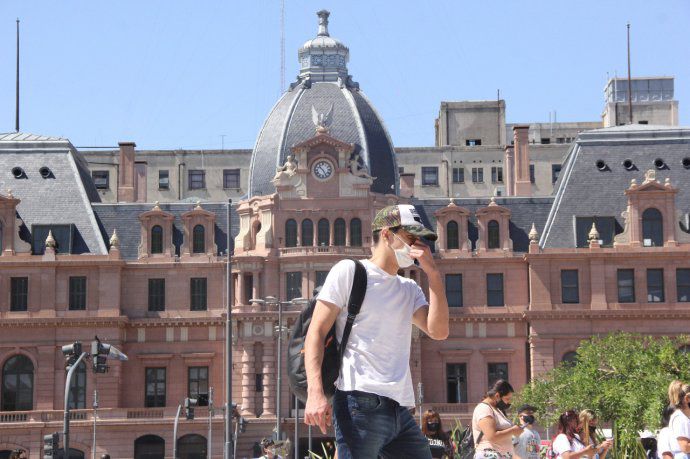 Argentine scientists discovered mutations of the Covid-19 coronavirus found in five samples taken in the city and province of Buenos Aires with variants similar to those recorded in South Africa and Rio de Janeiro.
The detected variant, called S_E484, is analyzed by experts from the Argentine Interinstitutional Project on SARS-CoV-2 Genomics (PAIS) and it is expected to carry out the complete sequence of its genome to relate it to the strains that are causing concern, mainly in the Kingdom. United, where restrictive measures were deepened, since studies indicate that the new strain reaches greater contagion.

At the moment, three variants of Covid-19 have been detected in the world.

One of them is the VOC 202012/01 variant or “UK variant”, detected in the United Kingdom on September 20 , and which has already been reported in 23 countries, including Brazil, Chile, Canada and the United States; variant 501Y.V2, which was registered in South Africa on October 8 and was also found in the UK, Switzerland and Finland; and that of Rio de Janeiro, which was individualized that last month.

The variants share some common genetic changes, but they have different evolutionary origins.

The group of researchers indicated that it is related to “one of the three marker mutations of the South African variant, and it is also found as the only mutation of the S gene in the Rio de Janeiro variant.”

“Although the finding is interesting, it is necessary to sequence the entire SARS-CoV-2 genome to determine if the virus found in GBA shares a common origin with the Rio de Janeiro variant,” it was noted.

It is a mutation that is present both in the 501Y.V2 variant (one of the three detected in South Africa), and in that of Rio de Janeiro.

The group of scientists pointed out that “the increase in positivity of cases that is taking place in different regions of the country requires continuing to actively monitor these variants and others that may arise.”