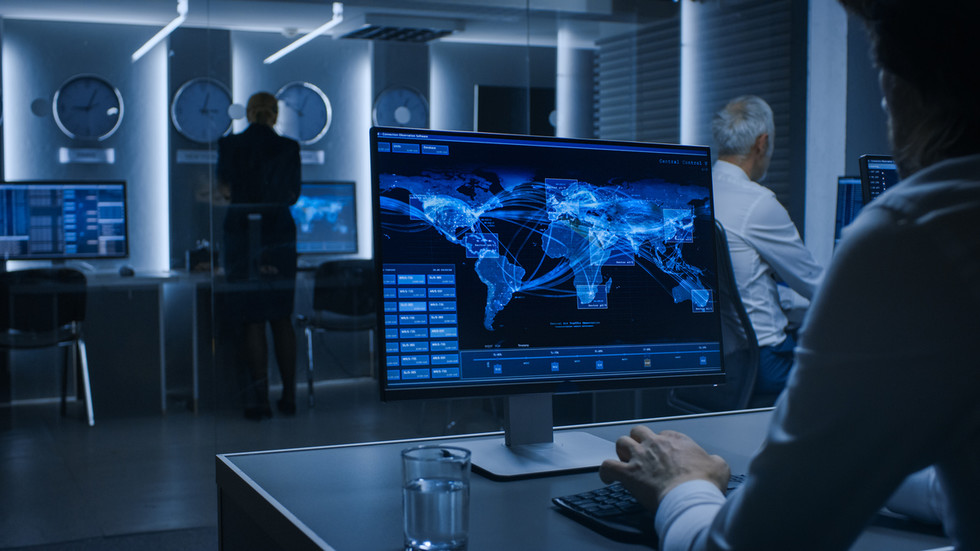 The tool, known as SocialNet, maps out the networks of these individuals by harvesting data from over 120 different platforms, including Facebook and Instagram posts, Reddit, Tinder, YouTube, LinkedIn, Spotify, Paypal Amazon accounts and even the dark web, according to The Intercept.

The investigative news outlet has obtained documents showing how Michigan state police are leasing the software, developed by Wyoming-based cyber-intelligence firm ShadowDragon. In addition, US Immigration and Customs Enforcement has reportedly twice purchased a license for the program since 2019, while several Massachusetts police departments have also acquired it.

Neither ShadowDragon nor the Michigan government website provide details about which precincts are using SocialNet. The state purchased the software through another online policing company called Kaseware for a contract for an “MSP Enterprise Criminal Intelligence System.”

According to an unredacted copy of this contract, which is apparently not publicly available due to its “sensitive nature”, the software was leased in January 2020 at a cost of nearly $3.3 million and runs until January 2025 with a renewal option for up to five additional years.

Meanwhile, Massachusetts State Police paid $147,870 to use SocialNet for the three-year period from March 2021 to March 2024, according to an invoice obtained by NBC. Earlier this year, the network’s Boston affiliate had reported that funding had come from the federal government’s ‘Project Safe Neighborhoods’ program to combat violent crime.

According to information available on the state’s official website, the federal program targets six communities in the state – Boston, Lawrence, Brockton, Worcester, New Bedford and Springfield. Citing emails obtained through a Freedom of Information request, NBC reported that “many police teams” had sought “social media analytics software” to tackle gang activity across the state.

Michigan police also reportedly purchased another ShadowDragon program called OIMonitor that sends out alerts in response to data gathered by SocialNet. On its product page, the company claims this tool can conduct “chat protocol monitoring” of apps like WhatsApp and Telegram.

As with SocialNet, which apparently uses “public and local” IP addresses as a source of data, The Intercept noted that it was unclear exactly what information OIMonitor pulls from its sources and how.

ShadowDragon founder Daniel Clemens told the outlet that the firm does not “intercept any private chats” and employs “crawlers that scrape information from the public websites” but does not access anything that is “proprietary or private”.

While Clemens said his company “disagree(s) with predictive policing” and does not “build products with predictive capabilities or even suggestions,” ShadowDragon website highlights OIMonitor’s “Predicting Violence” capability by noting that “clever security teams” use the tool to “find indicators of unrest and violence” because “riots don’t start in a vacuum; there are always indicators.”

Clemens declined to comment whether information pulled from ShadowDragon tools could be pooled with other data and used by law enforcement authorities for predictive policing. A Michigan State Police spokesperson told the outlet that it does not “use the predictive policing function” and said “the investigative tools available to us as part of this contract are only used in conjunction with criminal investigations, following all state and federal laws.”

Likening ‘predictive policing’ to “AI-driven racial profiling and community surveillance,” the American Civil Liberties Union (ACLU) Michigan office noted that ShadowDragon tools violated the “basic right to privacy.” In a series of tweets, the ACLU called for the usage of such tools to end.