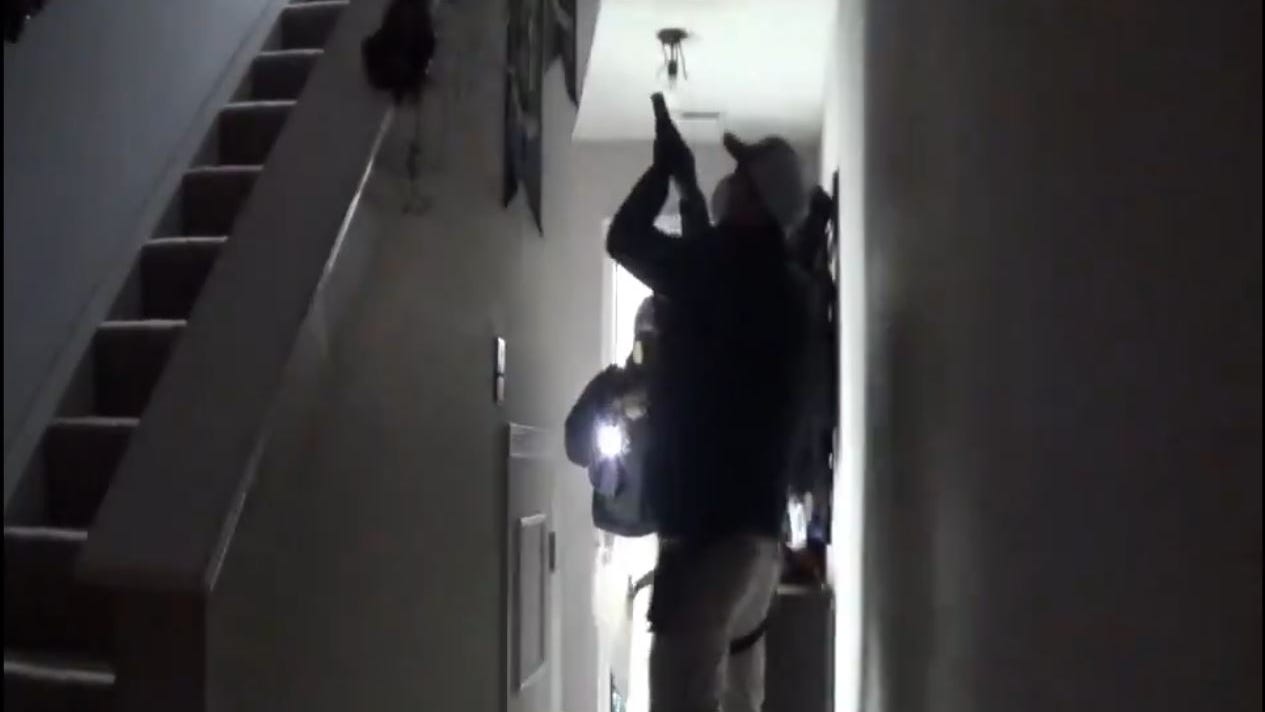 State police brandishing firearms Monday raided the Tallahassee home of Rebekah Jones, the former Department of Health data scientist who built the state’s much-praised COVID-19 dashboard before being fired over what she said was refusing to “manipulate data.”

“They pointed a gun in my face. They pointed guns at my kids,” Jones tweeted shortly before 5 p.m.

Jones — who launched her own COVID-19 dashboard after she was fired, and used crowdsourcing to raise money to support it — said the agents knocked on her door around 8:30 a.m. that morning, took all her “hardware and tech” after showing her a warrant based on a complaint filed by the Florida Department of Health.

A video accompanying the post shows Florida Department of Law Enforcement agents in vests at the front door with guns drawn, asking who else was in the house. She said her husband and two children were inside as they escorted her out of the house.

Here is the video of the raid:

1/
There will be no update today.

At 8:30 am this morning, state police came into my house and took all my hardware and tech.

They were serving a warrant on my computer after DOH filed a complaint.