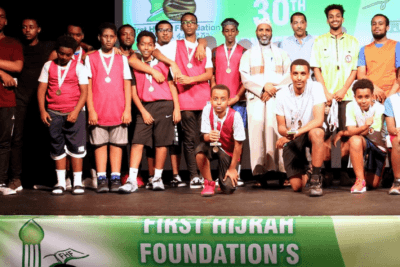 He taught the Koran on weekends to children ages 5 to 16 at the First Hijrah Foundation in the District. He was a Quran teacher. The devout teacher was following in the path of Muhammad, the “perfect model.”

“…Kokayi, a married father, had worked as an IT content developer for the University of Maryland University College and taught the Koran on weekends to children ages 5 to 16 at the First Hijrah Foundation in the District, according to court filings. He no longer has either job, the documents state.

According to court documents, he told the FBI he expressed romantic feelings with one 15-year-old girl and began having sexual conversations with her over iPhone FaceTime. It was a “humongous mistake,” he told the agents, and a “bad choice.” Kokayi is accused of sending pornographic video to the girl but not of receiving any in return….”

….”Another teacher told FBI agents that Kokayi expressed interest in joining Islamic fighters overseas. A student told them he took students to play paintball in Virginia and insisted she join, saying she should learn to fight because “it could be important someday.” A decade ago, Brinkema oversaw a case involving men who trained for jihad by playing paintball in Virginia.

Kokayi’s mother is married to Abdullah el-Faisal, according to court documents, a Jamaican extremist facing terrorism charges in New York. Defense attorneys said the couple are divorcing and have not spoken to each other in a year, but according to prosecutors, Kokayi sent Faisal’s lectures to students as well.

Kokayi’s case gained national attention after a prosecutor’s copy-and-paste error in a filing inadvertently revealed that WikiLeaks founder Julian Assange has been charged under seal. However, officials say the two cases are not connected.