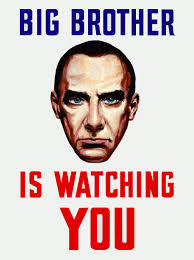 citizens. We pooh-poohed George Orwell’s 1984 as strictly science fiction. But now Orwell and the Soviets have met Barack Obama.

Two days ago, AttackWatch.com quietly crept onto the Internet. The site says, “Join Attack Wire—and help stop the attacks on the President before they start.” Another line reads: “When another unfounded attack surfaces, we’ll arm you with the truth so you can share the facts with your friends and family.”

You can, of course, register for the site and sign in. They have the requisite news feeds and files, but you can also click on “Report an Attack” to let the White House know of someone “attacking” the president. In other words, they want Joe Q. Citizen Obama supporters to report their relatives, friends, neighbors, co-workers, and acquaintances who speak out against the president or his policies.

The Founding Fathers put the First Amendment in place to guarantee freedom of speech, particularly political speech. We have the right as American citizens to disagree with our elected officials and their policies. We have the right to express that disagreement in the media in the spirit of open debate and honest discourse. We have the right to do so without fear of recrimination of any kind. Sadly and frighteningly, this administrations feels differently.

If the Constitution we’re enough for you, that institution so loved by Mr. Obama

and others of his ilk, the United Nations, has recognized the right to freedom of expression as a human right under Article 19 of the Universal Declaration of Human Rights and recognized that right in international human rights law in the International Covenant on Civil and Political Rights (ICCPR).

Article 19 of the ICCPR states that “[e]veryone shall have the right to hold opinions without interference” and “everyone shall have the right to freedom of expression; this right shall include freedom to seek, receive and impart information and ideas of all kinds, regardless of frontiers, either orally, in writing or in print, in the form of art, or through any other media of his choice.”

Obama has had a slew of bad ideas throughout his administration, but AttackWatch.com ranks up there with the worst. If we wish to protect our freedoms, we must speak out against the encouragement of neighboring reporting neighbor, of father reporting son. We must shout loud and clear that the intention of AttackWatch.com far oversteps what is acceptably American and within our founding principles.

If Obama is smart, he will take the site down and apologize to the American people for his attempt to police the expression of free thought and political discourse. But, then, I can’t give him credit for that much intelligence. He’ll go on collecting email addresses for a databank of those who support him, and those who oppose him—a most dangerous thing indeed.canadafreepress