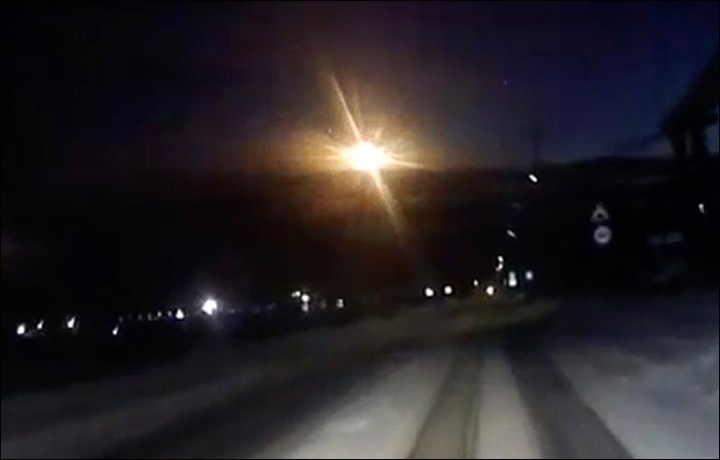 A dashcam captured bright flash changing colour from green to yellow as it crossed evening sky in Evenkia autonomous district.

‘The night got bright and warm, as if a giant light bulb was switched on in the sky’, said Pyotr Bondarev from a village of Tura.

‘I was outside having a walk with my wife and children, when the sky flashed green and yellow.

‘Many people saw it and got very excited, filming the night guest and sharing pictures and video with each other’, he said.

‘We are having another Tunguska meteorite!’ some exclaimed in comments to pictures.

A glowing ball was filmed by excited onlookers in Krasnoyarsk region.

The glowing ball was also reported to be seen 400km away from the town of Tura, though there the sky wasn’t lit up as much.

‘Most likely it was something up to 10cm in diameter’, Kirensky said.

It is not clear if there will be an expedition aiming to retrieve the space guest.

The Tunguska Event was an explosion in the atmosphere which had the force of 185 Hiroshima bombs.

The latest sighting was some 400 km from then 1908 carnage which wiped out 80 million trees and left thousands of charred reindeer carcasses.

There were no known human casualties.

The village of Tura in the north of Krasnoyarsk region. Pictures: Yuri Vigel 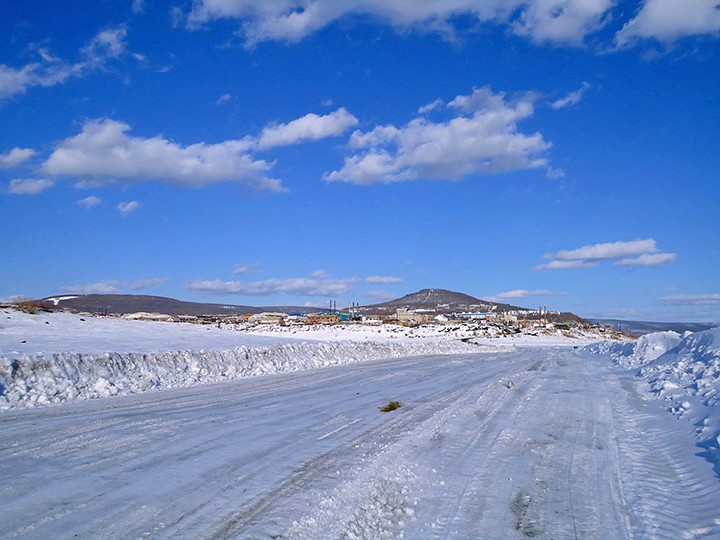 More at Source: A ‘meteor’ turns evening ‘bright and warm’ in the north of Siberia