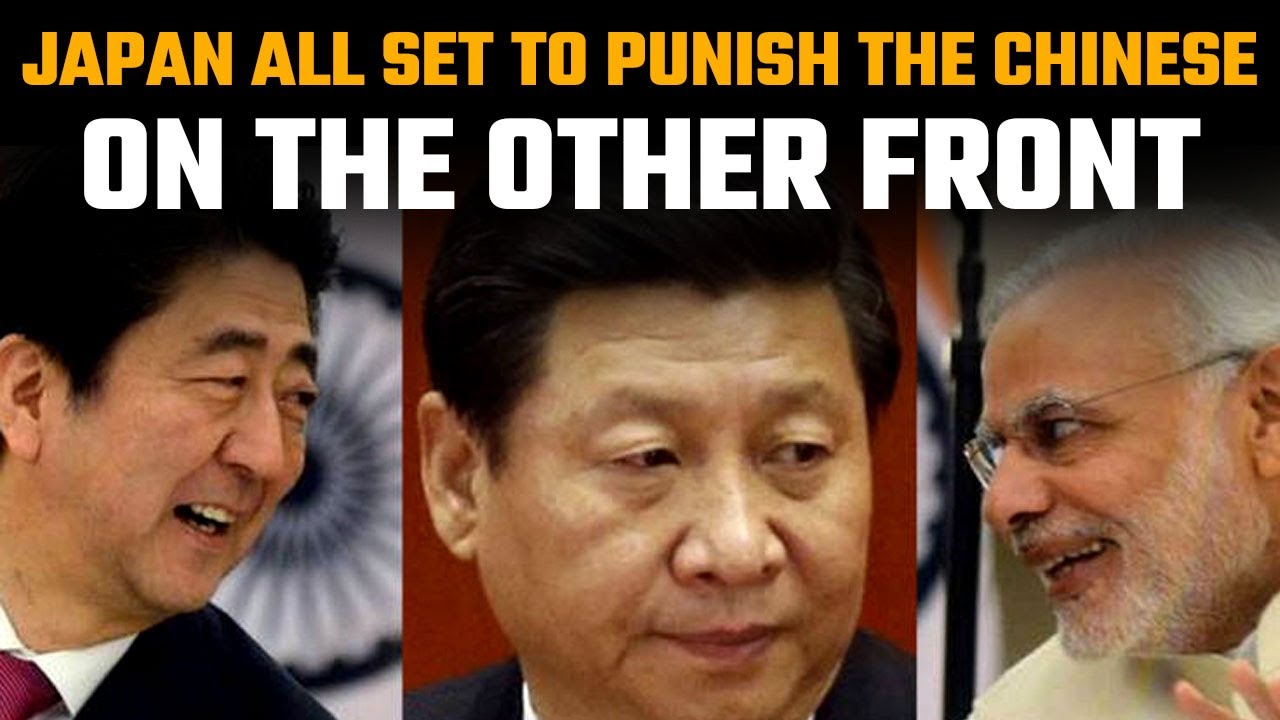 TFI – English from the house of ‘The Frustrated Indian’ – India’s most loved social media brand is global politics through India’s lenses.

China is itching for a war with India as it is claiming sovereignty over the entire Galwan Valley region and occupying dominating heights in the Pangong Tso lake area. Both these areas in Eastern Ladakh have been the flashpoints of the ongoing military standoff between the armies of the two countries.

Following the violent face-off last Monday, there have been no signs of de-escalation, but only more provocations from China. But while China wants to fight India, it must be reminded of its eastern neighbour, Japan. The blatant truth is that Beijing cannot fight India without getting hammered by India’s allies.

In the latest turn of events, according to Asia News, Japan has deployed ballistic missiles near the China border. In view of China’s bellicose behaviour with all its maritime and territorial neighbours, Japan is augmenting its air defences.

Japan will deploy the Patriot Pac-3 MSE Air Defense Missile System at four military bases this year. Currently, the Patriot PAC-3 has a maximum range of 70 kilometres which will be enhanced to 100 kilometres with the PAC-3 MSE.

Moreover, Japan has also protested what it claims was an unauthorised maritime survey by China in the East China Sea Islands. These islands fall within the territorial waters of Japan. But China being the expansionist power that it is, claims sovereignty over these islands.

Over the recent past, Chinese vessels have been venturing around the Japanese islands- Senkaku Islands, which China calls Diaoyu islands, and the Islands of Miyako and Okinawa. In 2018, Japan had spotted a nuclear-powered submarine near Senkaku islands.

China has picked fights with India and with Japan, but China cannot simply fight wars both on its east and west sides simultaneously. Japan’s move will not allow China to simply concentrate its military assets towards the Line of Actual Control (LAC) in the Ladakh border. Japan, a member of the QUAD and India’s ally, will give China a bloody nose in the event of a full-blown military conflict between India and China. So while China threatens India with a 2-front war, with Pakistan in the west and China in the east, it is forgetting that a bigger two-front war is a could soon be knocking on its door. And in such a situation, China will be at a serious disadvantage given the nearly 4700 km distance between the flashpoint with India and that with Japan.

To make matters worse for China, Japan has strongly backed India over the ongoing military stand-off in Eastern Ladakh. After the violent face-off in the Galwan Valley on Monday, Japan’s Ambassador Satoshi Suzuki sent his, “deepest condolences to the people of India.”

Moreover, Japan was the only country to mention that the bloodshed “may have an impact on regional stability”.

But Japan is certainly not the only Indian ally that China has to worry about. The entire Trump administration has rallied behind India amidst the ongoing military stand-off.

This has strategic ramifications for China. Three US Navy aircraft carriers are deployed in the Pacific- two in the Western Pacific, viz. the USS Ronald Reagan and the USS Theodore Roosevelt, and one in the east, viz. the USS Nimitz.

The US Secretary of State Mike Pompeo has criticised China for “escalating”  border tension with India and has also described the Communist Party of China (CCP) as a “rogue actor”.

The US aircraft carriers in the region means that in case of a Sino-India military confrontation, Beijing may lose the option of moving naval assets in strategic positions against India.

India has friends in the Western Pacific Region, as a part of its Indo-Pacific strategy. Australia is a newfound ally in the region which is also interested in securing its interests in the South China Sea.

Australia also has a deep interest when it comes to free navigation in the South China Sea, and has been carrying out free navigation exercises and flight patrols into the strategic waterways. Animosity between Canberra and Beijing is at its zenith which is driving stronger Indo-Australia ties.

The Quad- Australia, Japan, India, and the US, want to contain Chinese influence, while Beijing has been flexing its muscles in the South China Sea and East China Sea.

In case matters escalate between India and China, the latter’s hand will be constrained in the Pacific. It can hardly afford to move its fighter jets and naval warships from the region when India’s allies are looking to enhance their presence in the strategic waterways of the Indo-pacific region including the South China Sea.

Rest assured, China will find itself cornered if it plans to spiral tensions out of control with India. In the worst-case scenario of a full-blown conflict, it will find that it is getting hammered in its own backyard by India’s allies.