6 U.S. cities have made a top 50 list of the most surveilled places in the world.

Source: 6 US Cities Make List Of 50 Most Surveilled Places In The World: Study

Six U.S. cities have made a list of the top 50 most surveilled places in the world.

Atlanta, Chicago, Washington, San Francisco, San Diego and Boston made it on the list of the top 50 most surveilled places in the world, according to an August study by consumer information website Comparitech. Eight of the top 10 cities were in China. 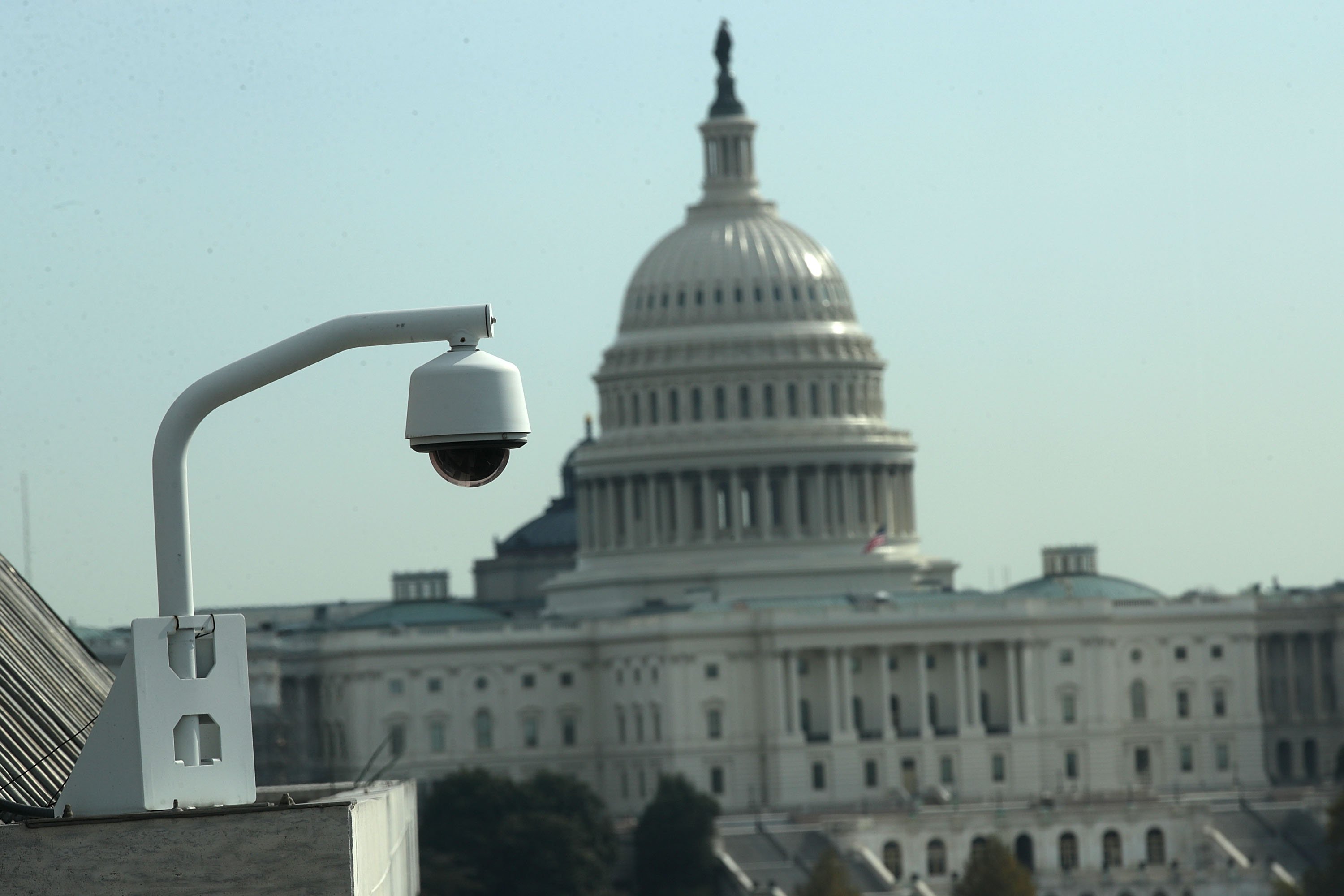 As the U.S. Capitol is seen in the background, a closed-circuit television (CCTV) camera is mounted on a building roof Nov. 3, 2017 in Washington, D.C. (Photo by Alex Wong/Getty Images)

“I understand that there may be benefits to crime prevention, but the point is, we have rights, and until we talk about privacy rights and our concerns, then we can’t have the rest of the conversation,” Anti Surveillance Coalition activist Genevieve Jones-Wright told NBC San Diego Tuesday.

The cities use surveillance cameras in different ways. Police in San Diego use cameras to help individual crime cases, while Atlanta has an entire Video Integration Center that watches a network of cameras at all times, according to Route Fifty, an Atlantic Media publication covering local government.

Amazon surveillance camera company Ring told The Washington Post in August that it has partnered with more than 400 local police departments as part of a plan called the “new neighborhood watch.” (RELATED: James Comey Has ‘Never Thought’ Of Electronic Surveillance ‘As Spying’)

“Ring’s mission is to make neighborhoods safer,” Ring told the Daily Caller News Foundation in an Aug. 2 statement. “We work toward this mission in a number of ways, including partnering with law enforcement agencies so they can share official, important crime and safety updates and work together with their local community through the Neighbors app.” 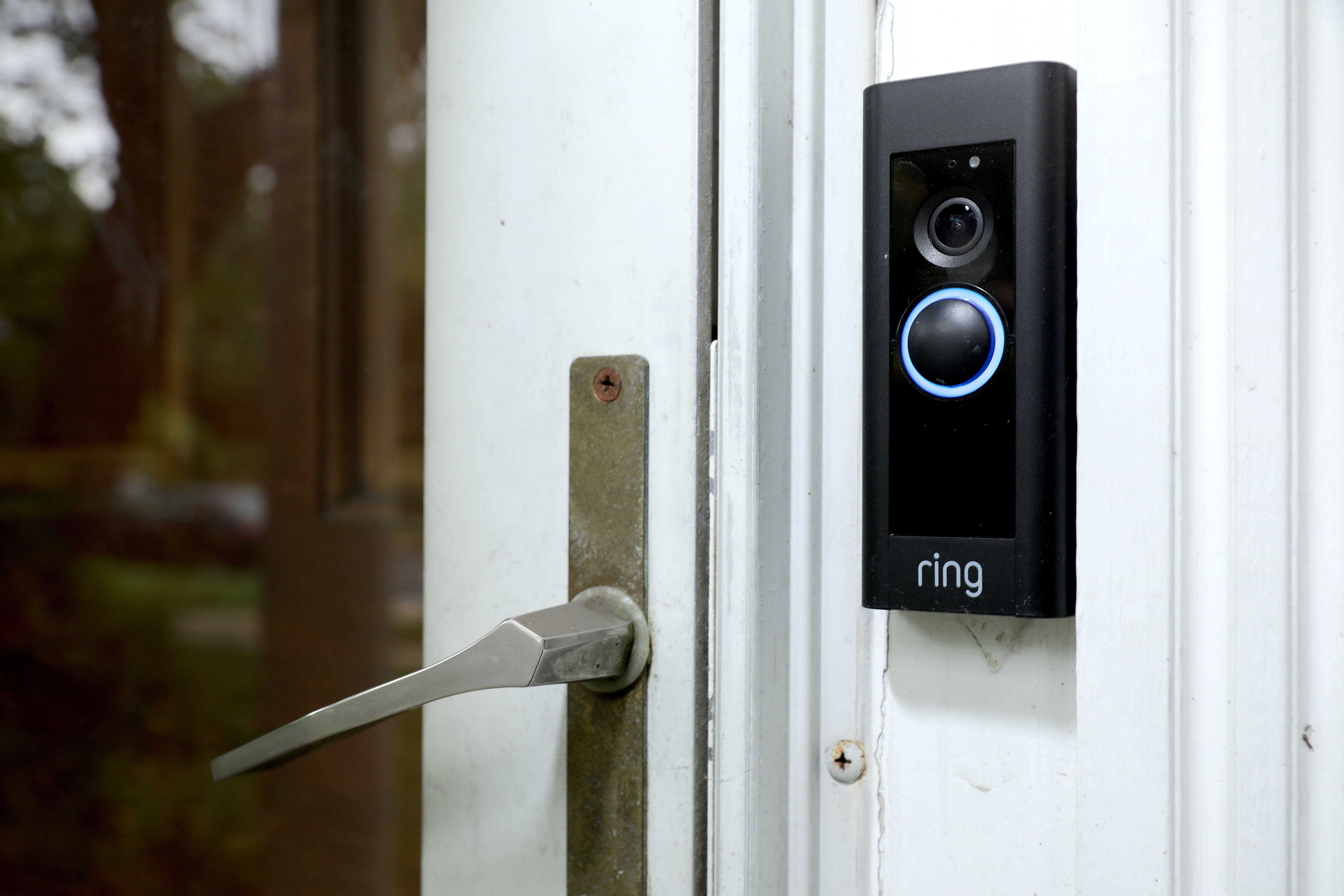 A doorbell device with a built-in camera made by home security company Ring is pictured. (Photo by Chip Somodevilla/Getty Images)

Atlanta police spokesman Sgt. John Chafee told Route Fifty that cameras “play a vital role” in maintaining the city’s safety, and Atlanta police are planning to increase the number of cameras they monitor.

“Access to these cameras multiplies the number of eyes we have on the street looking for criminal activity and assisting with situational awareness during large events and gatherings. They allow us to identify criminal activity as it is occurring, prevent and deter criminal activity, and capture video evidence when a crime does occur,” he said.

The city of San Diego said in a statement to CBS News 8 that it “welcomes community input” on its “smart streetlight program,” but “despite those efforts, there’s still a lot of misinformation being spread about the program from people pushing their own personal agendas.”

“While this project is a tremendous technological benefit to the city and our citizens, we recognize and value the importance of privacy. Raw video and image data are not accessible to general city staff or any members of the public,” the statement continued. “Additionally, the system is not equipped with license plate ready technology, facial recognition or pan-tilt-zoom capabilities.”