What is it about the strange, unusual, or bizarre that fascinates us? Amid a world where normal is defined as “conforming to a standard”, and “usual, typical, or expected”, something about the odd, weird, or just plain out of the ordinary creates a pull, a curiosity, and an appeal. It is with that in mind that these six facts are collected, to sate the craving for both the unique and the unexpected. 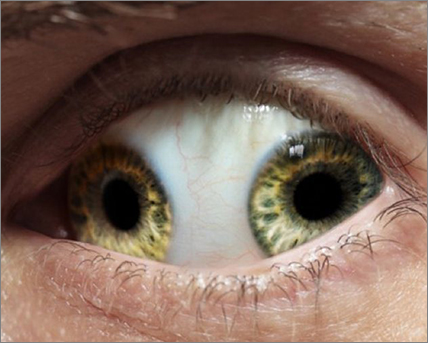 Pupula Duplex is a condition where a person will develop two irises, corneas, and retinas on the same eyeball of each eye, leading to the host of this genetic mutation having increased volume of visual information as well as improved focus.It may sound like mere science fiction, but even Ripley’s “Believe It Or Not” even gives credence to the famous Chinese emeperor, Liu Ch’ung as having this unusual but harmless condition.(image source: www.pupuladuplex.com) 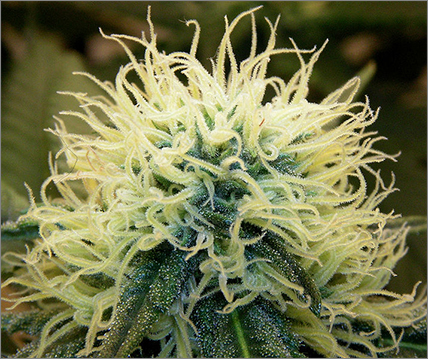 “The Journal of Leukocyte Biology” published a discovery involving the use of Tetrahydrocannabinol, more commonly known as THC in marijuana, to impair the most common and widely found strain of Human immunodeficiency virus (HIV). When the virus was injected into the white blood cells that defend the immune system, then exposed to THC, it was discovered that the cells actually increased their ability to fight against the virus.(Image source: wikimedia Commons)

This is what a waterdrop dropped onto water looks like when filmed at 10,000 frames-per-second. It behaves similar to a bouncy ball, called the coalescence cascade, in that the droplet dumps about half of its water into the pool of water below, then bounces back up into the air, and repeats until there’s nothing left.(image source: Imgur) 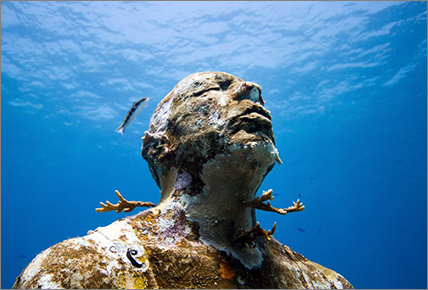 In an effort to preserve the world’s natural coral reefs, Jason de Caires Taylor designed and built underwater sculpture museums, hoping to boost the habitation of sea life that scientists have predicted to be without habitat by 2050. The underwater sculpture park was founded in 2006 off of the coast of Grenada. The sculptures take on a life of their own and are eventually consumed by the natural sea life as part of their ecosystem, with some strategic placement, of course. Even National Geographic stood up to take notice when they named Taylor’s first underwater sculpture park to be one of the 25 Wonders of the World.(image source: www.underwatersculpture.com) 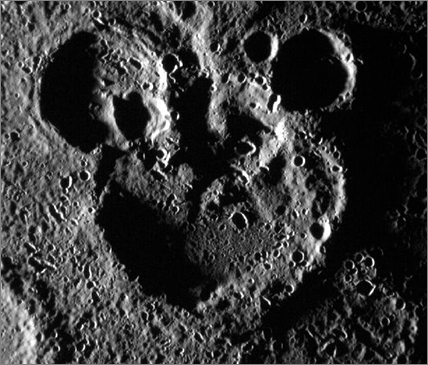 Since March of 2012, NASA’s Messenger probe has circled Mercury, our smallest planet and closest to our sun in our solar system. The probe has sent back hundreds of images, but one in particular tickled scientists. Discovered in the northwest of the “Magritte” crater in Mercury’s south, a likeness of Mickey Mouse was imprinted among the build-up of craters that litter Mercury’s surface.(Image courtesy: CIW/JHUAPL/NASA )

6. The magnetic ‘bubble’ that is protecting the Earth from solar particles 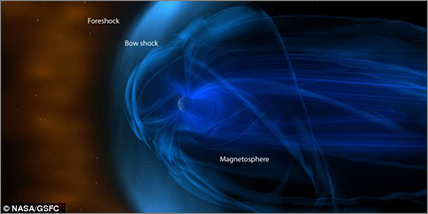 We may view our planet to move slowly, but due to recent images released by NASA, it was discovered that earth moves through space fast enough for it’s magnetosphere, or energy surrounding our planet, to create a bow wave, much like the water in front of a sailing ship. Much of what happens at the front of Earth’s bow wave affects Earth’s magnetic field, and scientists are using this data to better understand space weather and other such affects of external energy to the Earth’s magnetosphere.(Image Credit: NASA/GSFC)