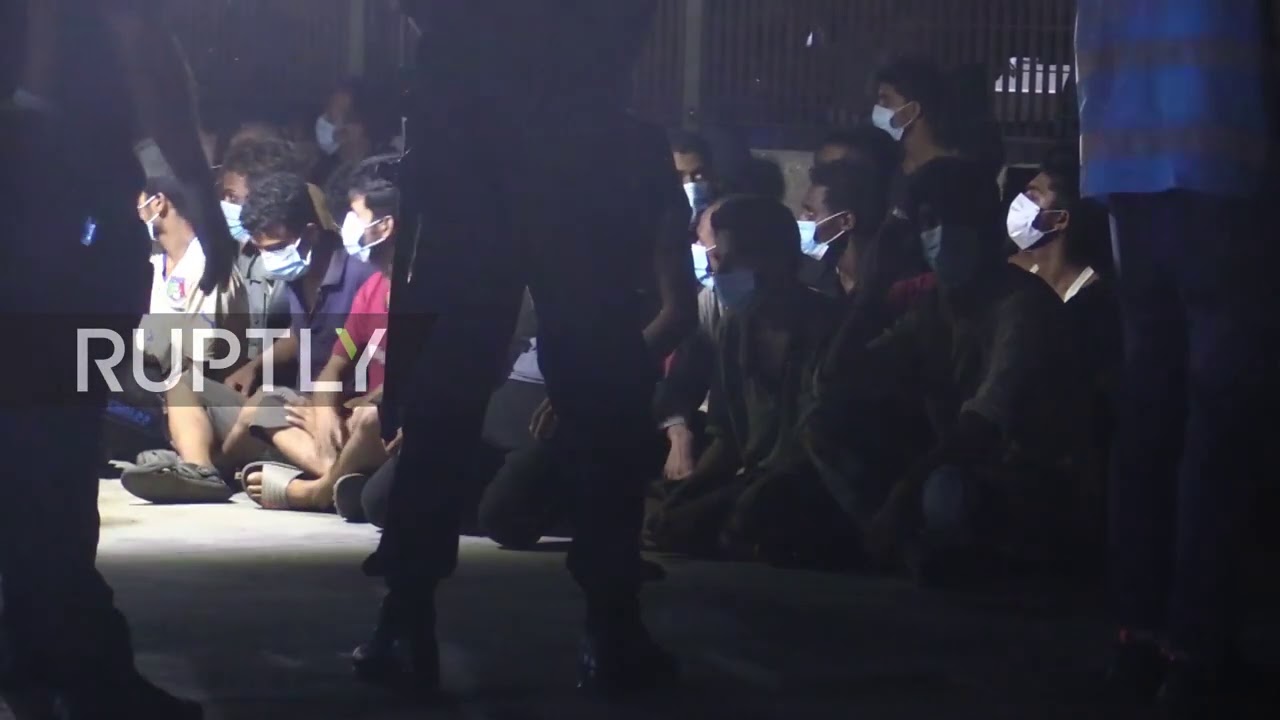 Hundreds of migrants from a boat which was rescued by the Italian Coast Guard disembarked on the island of Lampedusa on Saturday night. At least 350 migrants who were estimated to be on board joined another 500 people who arrived on the island on nearly 30 small boats in the last 24 hours. The latest arrival was met with a protest by a group of local residents led by former Northern League senator Angela Maraventano