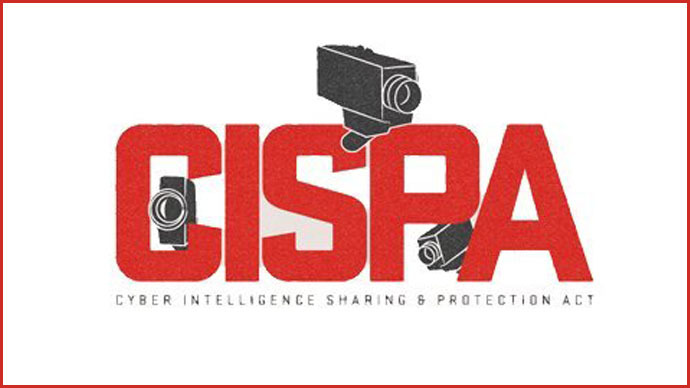 The Senate Intelligence Committee voted overwhelmingly to advance a cybersecurity bill meant to expand information-sharing between the private sector and the government, though privacy advocates contend it only strengthens domestic surveillance programs.

Dubbed the Cybersecurity Information Sharing Act (CISA), the bill
cleared the Senate Intelligence Committee by a 14-1 vote, with
outspoken civil liberties advocate Sen. Ron Wyden (D-Ore.)
casting the lone vote against the proposal. It’s not clear when
the bill will come up for a full vote in the Senate, but it could
happen as soon as April.

If passed into law, CISA would implement further protections for companies to gather threat-related data from their customers and allow them to share that information directly with federal intelligence agencies, including the National Security Agency.

Ever since hackers breached Sony’s internal networks last year,
encouraging information-sharing between corporations and the
government has become a top priority. Supporters say the bill
would allow the two sides to better coordinate, detect and
potentially stop cyber threats before they cause serious damage.

Senate Intelligence Committee Chairman Richard Burr (R-N.C.)
acknowledged that the bill “will not prevent [all cyber
attacks] from happening,” according to the National Journal, but added that it’s an
important step that would improve security.

However, privacy and civil liberties advocates have railed
against the bill since its inception, arguing that without
reforming and scaling back the NSA’s current domestic
surveillance program, CISA would only expand the breadth and
power of its spying activities.

Sen. Wyden was sharply critical of the bill following the
committee vote, calling it “a surveillance bill by another
name.”

Cybersecurity bill is bad for Americans’ privacy. Why I voted
no: http://t.co/1aNHIVjSHX

Wyden on #CISA: If it
doesn’t have enough privacy protections then it’s “not a
cybersecurity bill–it’s a surveillance bill by another name”

“This information sharing is only acceptable if there are
strong protections for the privacy rights of law-abiding American
citizens,” he said. “I am concerned that the bill the US
Senate Select Committee on Intelligence reported today lacks
adequate protections for the privacy rights of American
consumers, and that it will have a limited impact on US
cybersecurity.”

Wyden said that Congress needs to take action by requiring
network owners to be responsible for their own security. He added
that Congress should prohibit government agencies from ordering
technology companies to build products with weak protections in
order to better facilitate surveillance.

Whether CISA has enough support to clear the Senate and become
law remains unclear. A similar proposal, known as CISPA, passed
the House of Representatives in 2013 but died in the Senate after
public opposition ramped up and President Barack Obama threatened
to veto the legislation.

The White House has issued its own guidelines for an
information-sharing bill that would funnel information through
the Department of Homeland Security (DHS) rather than
intelligence agencies. A proposal that follows much of the Obama
administration’s preferences has been introduced, but has not
gained momentum.

Hoping to quell concerns, Sen. Dianne Feinstein (D-Calif.), who
worked with Burr on the bill, said that Democrats have introduced
15 amendments on privacy and 12 of them made it into the final
bill. Notably, one of the changes includes first filtering the
information through the DHS.

Others, according to Burr, narrowly define the term
“cyber threat indicator” to limit the data shared by
companies and also require that personal information is removed
before being turned over to the government.

Feinstein added that the amendments will potentially sway the
White House to come around and support the bill.

“I talked to the president’s chief of staff [Denis McDonough]
yesterday,” Feinstein said, according to The Hill. “I think he believes that a
number of improvements have been made in the bill.”

“This isn’t an information sharing bill at all,” said
Gabe Rottman, a legislative counsel with the American Civil
Liberties Union, according to the National Journal. “It’s a
new and vast surveillance authority that might as well be called
Patriot Act 2.0 given how much personal information it would
funnel to the NSA,” he added, referring to legislation that
agencies like the NSA use to justify their surveillance
practices.

Meanwhile, the Electronic Frontier Foundation (EFF) called
CISA “particularly dangerous” to privacy and urged
Americans to contact their senators and ask them to oppose the
measure. The EFF added that the bill “also gives companies
broad immunity to spy on – and even launch countermeasures
against – potentially innocent users.”