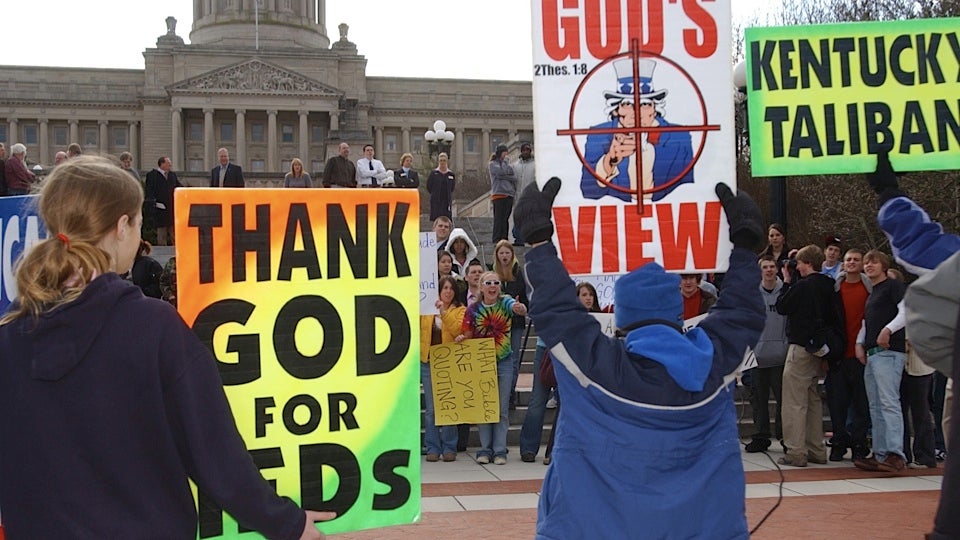 EDITOR’S NOTE: Two years ago today, I shared the news below for the first time. In light of the fact that a verdict is imminent in the Oklahoma City Bombing Trial that’s been taking place in federal court in Salt Lake City recently (yes, it’s true), I decided to share it again with only minor modifications.

Jesse Trentadue’s ongoing effort to obtain information from the FBI continued this week when he filed a motion (PDF) aimed at convincing a federal judge in Utah to allow him access to information about the FBI’s “Sensitive Informant Program.  The move was made one month after the Salt Lake City attorney filed his first motion (PDF) seeking, among other things, to learn whether the FBI has informants working inside American churches.

Why is Trentadue seeking the information?  Because he believes it will lead him closer to the truth about the 1995 death of his brother, Kenneth Trentadue, under suspicious circumstances while in custody at the U.S. Bureau of Prisons Federal Transfer Center in Oklahoma City.

The FBI devotes a considerable portion of the Memorandum that it submitted in opposition to Plaintiff’s Motion to arguing that this is a typical Freedom of Information Act (“FOIA”)case involving the adequacy of the FBI’s search for responsive documents and/or the applicability of the exemptions claimed by the FBI for not releasing the documents/records.  But this is not a typicalFOIA case. Neither is it an isolated or stand alone case. This case, as the FBI well knows, is the latest front in Plaintiff’s long war with the Bureau to discover and uncover the truth about the Oklahoma City Bombing and a related matter: the murder of his brother, Kenneth Michael Trentadue.

The first battle in this almost decade long FOIA war was fought before this very Court inTrentadue v. FBI, which revealed that persons other that Timothy McVeigh, Terry Nichols and Michael Fortier had participated in the Bombing. That first battle, and the documents/records that Plaintiff obtained as a result, also disclosed: (1) the existence of the FBI’s I-Drive and S-Drive computer systems wherein evidence related to the Bombing was kept hidden so as not to be subject to a FOIA request and/or not made part of the FBI’s official Bombing case file; (2) the CIA’s involvement in the Oklahoma City Bombing; (3) “Patriot Conspiracy” or “PATCON” that was a decade or more long FBI undercover operation designed to infiltrate and monitor or perhaps even incite various right-wing organizations; and (4) the existence of a surveillance camera videotape taken on the morning of April 19, 1995, which according to federal government documents purportedly shows not only the destruction of the Alfred P. Murrah Building, but also the persons who carried out that attack.  That first FOIA battle also disclosed the existence of the FBI’s“Sensitive Informant Program,” which is at the heart of this current FOIA discovery dispute.

The Sensitive Informant Program is the FBI’s disturbing practice of using private citizens as spies on the staffs of members of Congress and perhaps even federal judges, in the national media, within other federal agencies, on defense teams in high profile federal and/or state criminal prosecutions, inside state and local law enforcement agencies and even among the clergy of organized religions. TheSensitive Informant Program is designed to and does result in the circumvention of the protections guaranteed to American citizens by the Bill of Rights and the Separation of Powers Doctrine.

In response to Plaintiff’s FOIA request for the policies, rules, protocols and/or procedures governing the FBI’s recruitment and use of such informants in this secret surveillance program which spies on United States’ citizens on United States’ soil, the FBI produced 205 pages, which appear to be but a small portion of its: “Corporate Policy Directive” on the use of confidential human sources, “Confidential Human Source Validation Standards Manual,”“Confidential Human Source Policy Manual,” and“Domestic Investigations and Operations Guide” (collectively the “Manual”). Those portions of the Manual that the FBI actually provided to Plaintiff were heavily redacted. The FBI withheld all of these portions of the Manual on the basis of various exemptions from disclosure under FOIA.

It is Plaintiff’s belief, however, that NO exemption can be asserted to conceal this unconstitutional domestic spy/surveillance program. Simply put, FOIA, which has as its stated purpose the disclosure of the federal government’s wrongdoing, cannot and should not be used to shield the FBI’s unconstitutional actions undertaken on what appears to be a national scale. However, in order to properly frame and present to the Court his challenge to the FBI’s claims of exemption Plaintiff needs to conduct limited discovery into the scope and duration of this Sensitive Informant Program.

In the “Summary of the Argument,” beginning on page four of the motion (PDF), he presents the latest details:

Plaintiff’s need for this discovery is simple. If, for example, the FBI has never embedded aSensitive Informant on the staff of a member of Congress and/or a federal judge, in the national media, within another federal agency, on the defense team in high profile federal and/or state criminal prosecution, inside of a state or local law enforcement agency or among the clergy of an organized religion, it will admittedly be difficult for Plaintiff to assert that NO FOIA exemptions should apply to those portions of the Manual being withheld from him. This is so because a rare or isolated violation of the Constitution by the use ofSensitive Informants may not be sufficient for the Court to override the FBI’s exemption claims.

However, if the FBI’s Sensitive Informant program has been in operation for years and/or involves the placement of many Sensitive Informants on the staffs of members of Congress and perhaps even federal judges, in the national media, within other federal agencies, on defense teams in high profile federal and/or state criminal prosecutions, inside state and local law enforcement agencies or among the clergy of organized religions, then it is obvious that theManual is designed to and/or does result in the circumvention of the protections guaranteed to American citizens by the Bill of Rights and the Separation of Powers Doctrine. If this is so, then it is Plaintiff’s position that the FBI cannot lawfully assert any FOIA exemption to keep secret a clearly unconstitutional nationwide program of domestic spying.

The information that Plaintiff’s seeks by way of this discovery will also be necessary for the Court to determine whether the (b)(1) exemption claimed by the FBI applies. Exemption (b)(1) allows the FBI to exempt certain records provided it declares them “secret” on the basis of national security AND pursuant to an Executive Order allowing for that “secret” designation.

In order to obtain information with respect to the scope and duration of the FBI’s Sensitive Informant Program, Plaintiff has moved to conduct limited discovery consisting of just eleven (11) Interrogatories, the answers to which will document the unconstitutionality of the FBI’s Sensitive Informant Program, thereby allowing Plaintiff to challenge the FBI’s assertion of FOIA exemptions to conceal and/or withhold the Manual from Plaintiff and the American public, and the Court to determine the validity/applicability of those exemptions to the Manual. The FBI, however, vehemently opposes that Motion.

Of course, there is a lot more to the case, but Trentadue’s approach, summed up under the“ISSUE”section of the motion (PDF) and shared below, seems brilliant to this non-lawyer:

The issue in this case is not the adequacy of the FBI’s search for the Manual. The FBI found theManual. The issue for the Court to decide is (1) whether the FOIA exemptions advanced by the FBI for withholding portions of the Manual apply and (2), even if they do apply, can those exemptions be lawfully asserted to conceal FBI activities that clearly subvert theConstitution? Furthermore, this issue cannot and should not be decided without the discovery that Plaintiff is seeking to obtain through hisMotion to Conduct Limited Discovery.

During an email exchange March 1, 2013, Trentadue used layman’s terms to boil the matter down to one key issue: “The FBI argues that the discovery (he) seeks would be futile since ‘illegal’ activity by the federal government is shielded from disclosure under FOIA if covered by an exemption.”

He went on to question how the FBI can, in good faith, claim that a national security exemption allows the Bureau to declare its unconstitutional domestic spying program “secret” and, in turn, allows them to keep their illegal activities hidden from the public.

Stay tuned for details about how this case turns out.  Also, be sure to read other articles in my series, UNTOLD STORIES of the OKLAHOMA CITY BOMBING. If you like reading about the FBI, order a copy of my first crime-fiction novel, The National Bet (November 2014), in which an FBI agent plays the role of a hero.

Prime Minister Netanyahu ended his speech quoting Moses and pointing to his relief in the House Chamber: “Be strong & resolute. Neither fear nor dread them” ‪#‎NetanyahuSpeech‬