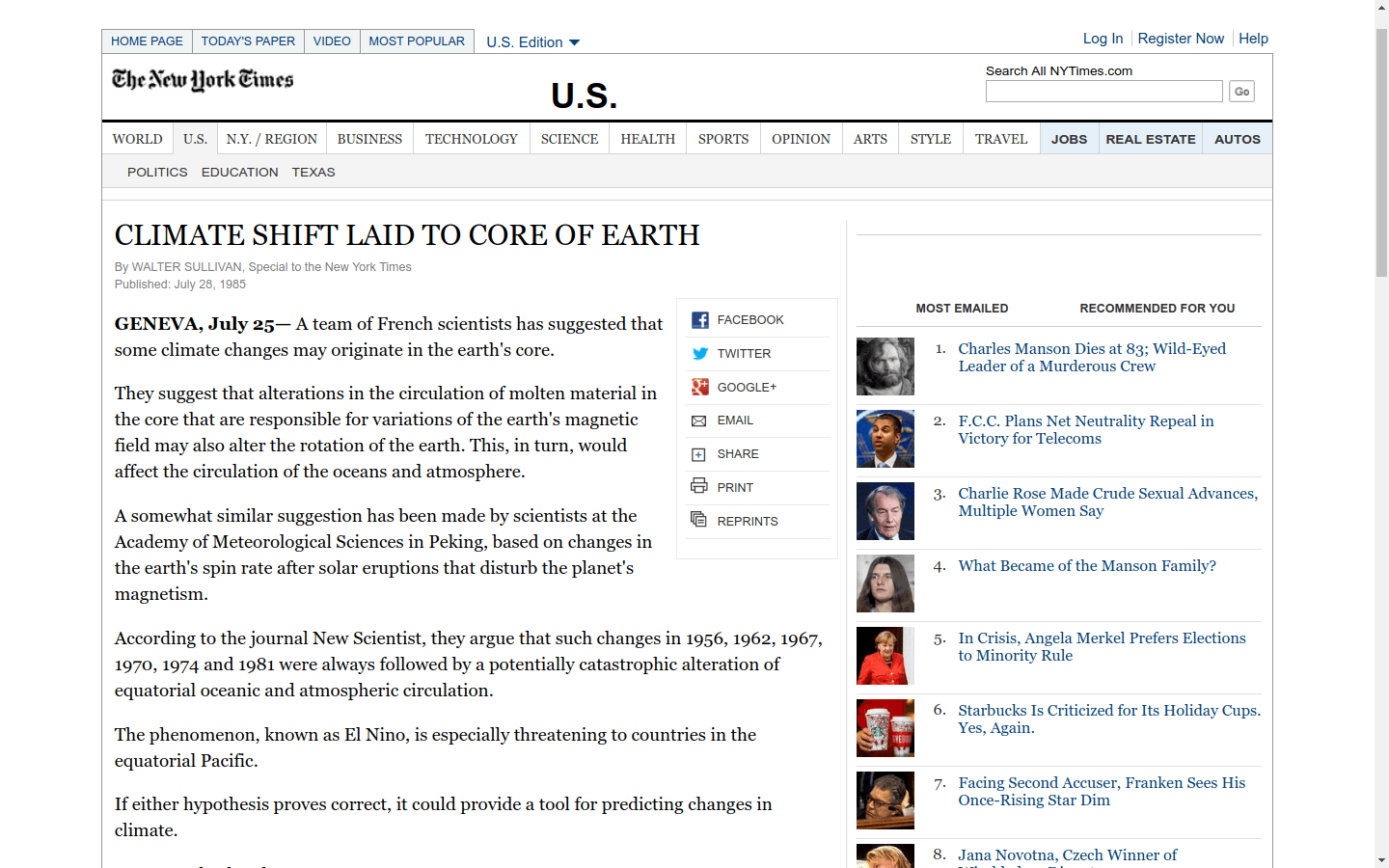 “GENEVA, July 25— A team of French scientists has suggested that some climate changes may originate in the earth’s core.

A somewhat similar suggestion has been made by scientists at the Academy of Meteorological Sciences in Peking, based on changes in the earth’s spin rate after solar eruptions that disturb the planet’s magnetism.

According to the journal New Scientist, they argue that such changes in 1956, 1962, 1967, 1970, 1974 and 1981 were always followed by a potentially catastrophic alteration of equatorial oceanic and atmospheric circulation.

The phenomenon, known as El Nino, is especially threatening to countries in the equatorial Pacific.” 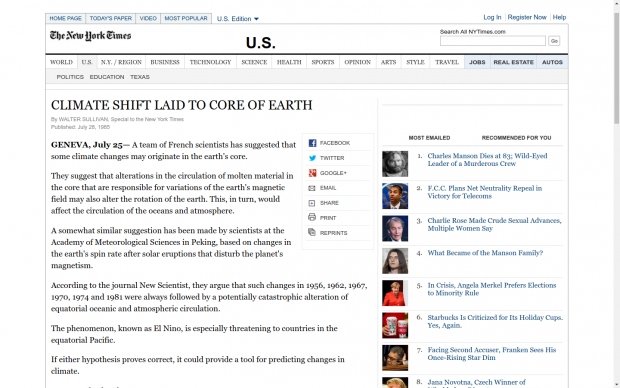 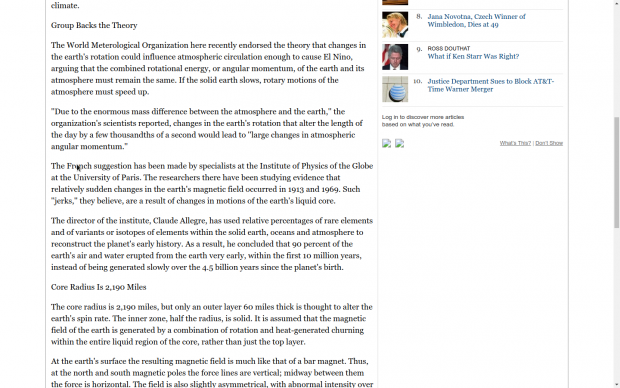 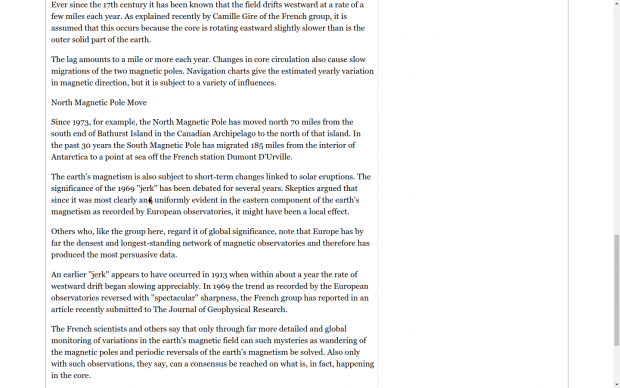