DHAKA, Bangladesh — A power failure swept through Bangladesh on Saturday after a transmission line in the electrical grid failed, causing a nationwide blackout. 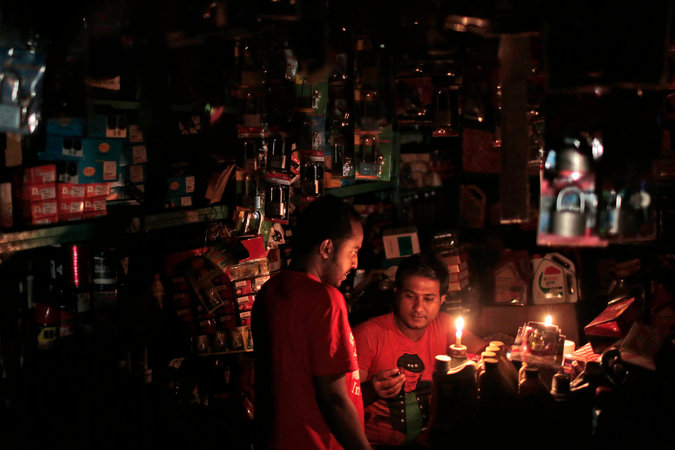 A salesman assisted a customer Saturday in Dhaka, Bangladesh, during a nationwide blackout.CreditA.M. Ahad/Associated Press

Masum-Al-Beruni, managing director of the state-run Power Grid Company of Bangladesh, said that “the whole of Bangladesh” was “completely out of power” for an hour on Saturday, though the effects of the electrical failure continued well into the evening. The blackout began around 11:30 a.m., Mr. Beruni said, and by 5 p.m. about a quarter of the coverage area had been restored.

Saiful Hasan Chowdhury, the director for public relations with the Bangladesh Power Development Board, said Saturday night that by 9:30 p.m. half the coverage area had been restored.

Most of the residents of Dhaka, the capital of more than 10 million people, got electricity back on by 1 a.m. on Sunday, Mohammad Nasir Uddin, a control room official of the Dhaka Power Distribution Company, told The Associated Press. Power was restored in other major cities too, but it was not clear how many people were still without electricity. Tawfiq-e-Elahi Chowdhury, energy adviser to Prime Minister Sheikh Hasina, told The A.P. he expected the supply would be back to normal by Sunday afternoon.