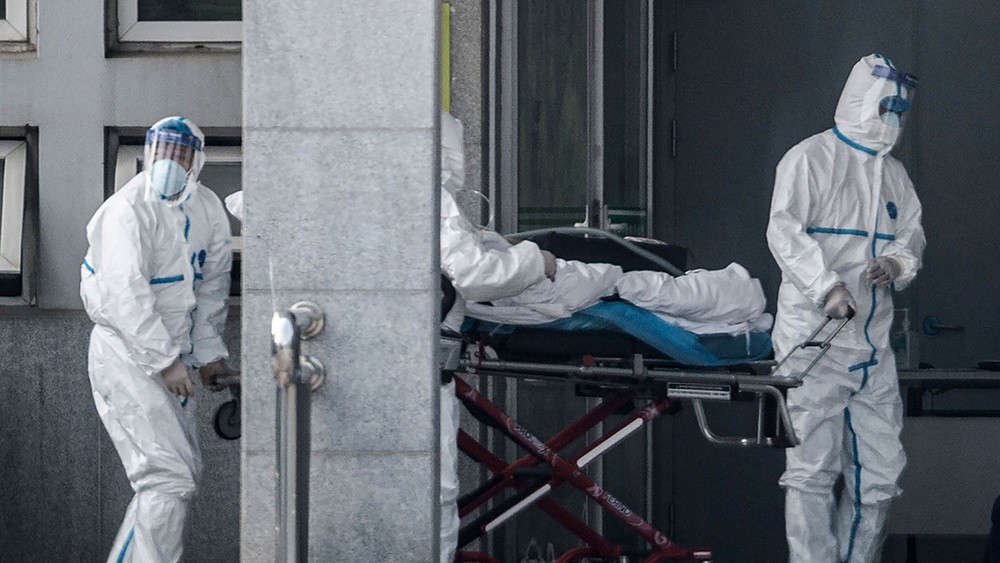 BREAKING: The U.S. news media is currently running about one to two days behind the Chinese media in covering the bombshell revelations surrounding the coronavirus pandemic.  […]

BREAKING: The U.S. news media is currently running about one to two days behind the Chinese media in covering the bombshell revelations surrounding the coronavirus pandemic. Natural News has Chinese-speaking investigators on the ground in Taiwan, and they’re scanning the Chinese media for the most important announcements.

Earlier today, the Taiwan media began reporting on a new mainland Chinese study that specifically looked at the individuals involved in this Wuhan coronavirus outbreak. We have a partial translation and link below. According to this news, which is widely circulating in the Taiwan press and is based on a study published in The Lancet, the Wuhan coronavirus fatality rate has leaped to 15%, and the infection rate among those exposed is 83%.

These numbers are virtually unheard of in the world of microbiology and infectious disease transmission. It means that 15 out of every 100 infected people will die. It also means that 83 out of 100 exposed people will become infected and able to transmit the disease to others.

The only criticism of this study is that its sample size was relatively small, given that it’s still very early in the outbreak of this disease. The study looked at 41 cases of individuals who were exposed.

If the infection rate stands at 83%, this pandemic will be impossible to contain

The story is from TaiwanDaily.net and says this (translated):

Hong Kong and Chinese researchers published the latest research on “New Coronavirus 2019” (referred to as “Wuhan pneumonia”) in the medical journal “Lancet” on the 24th. Chinese experts pointed directly to the disease. The [fatality] rate is fifteen percent. Hong Kong experts confirmed for the first time that Wuhan pneumonia can be transmitted from person to person, and patients may not have surface symptoms. Taking a Shenzhen seven-person home with six people as an example, the analysis shows that the attack rate is as high as 83% and the incubation period is three to six days It is expected that a large number of cases will break out in China within a week, and the next two weeks will be a crucial period to prevent any place from becoming “another Wuhan”.

The same article also reveals the recorded rate of symptoms among those who are infected:

With 98% showing fever, this means that one out of 50 people infected will show no fever and therefore easily bypass current screening methods that are practiced by health officials.

If one in 50 infected people is able to get through screening that’s primarily looking for fever and respiratory symptoms, it means this outbreak is highly unlikely to be contained.

The article from Taiwan also describes the slow progression of symptoms, in some cases taking as long as eight days to appear:

As a result, one person had fever and diarrhea in Wuhan one day; many relatives they visited also began to have fever and cough on the fourth day; another did not go to Wuhan, but lived with four family members who were subsequently diagnosed, and the eighth day also began Found physical discomfort and confirmed the illness.

As we were working on this story, The Lancet study appeared, providing more details and a direct link to the research article. You can find it here:

The 2019-nCoV infection caused clusters of severe respiratory illness similar to severe acute respiratory syndrome coronavirus and was associated with ICU admission and high mortality. Major gaps in our knowledge of the origin, epidemiology, duration of human transmission, and clinical spectrum of disease need fulfilment by future studies.

Note the language saying there are “major gaps in our knowledge” about the “duration of human transmission.”

Also note the more detailed list of symptoms offered by The Lancet:

Sadly, through policies such as open borders, filthy liberal cities and biosludge “recycling” of human sewage onto food farms, humanity has created the “perfect storm” for a pandemic wipeout that cannot be stopped: